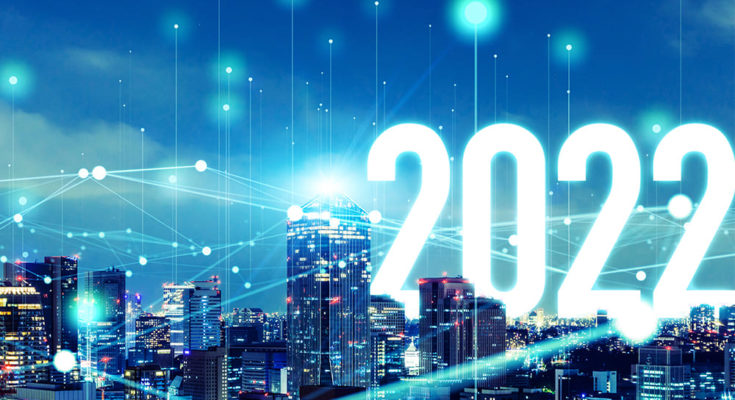 It’s an exciting time in the energy industry. People’s attitudes and thinking about how they power their lives have changed significantly as a consequence of increased climate awareness, prompting the adoption of new energy standards.

It is also stimulating energy technology innovation, resulting in the introduction of a slew of new technologies designed to aid the global energy transition in unique ways. Here are six energy ideas under development for the 2022s, ranging from home solar and wind generation to neutrinovoltaics and self-powering gadgets, as well as breakthroughs in recycling and airplane fuel.

Wind farms may conjure up images of gigantic structures in remote, windy regions, but this is rapidly changing. IceWind is developing small-scale residential wind turbines that operate on the same concept as large-scale wind farms. When wind blows through a set of three outer and three inner vertical blades, they rotate, producing spinning mechanical energy that runs into the generator and is transformed to electricity.

The CW1000 variant is built to endure wind gusts of up to 134 miles per hour and is comprised of tough stainless steel, carbon fiber, and aluminum. The units have been changed to have a maximum height of little more than 3 meters and a noise level of less than 40 decibels, which is about equivalent to a normal conversation. The Icelandic company states that its mission is to decentralize and democratize energy production by making wind power accessible to everyone, wherever on the earth.

Solar Expansion To Include More Areas

As solar technology becomes more widely accessible and simpler to use, more communities are adopting a prosumer approach and producing their own power.

Until recently, the most common method of capturing and converting rays at home has been via roof panels, but Solecco is taking it a step further by offering solar roof tiles. These work similarly to roof panels, turning sunlight into power using silicon photovoltaic cells. Instead of utilizing single panels, complete roofs may be used to generate solar energy by covering a greater surface area.

Environmental Street Furniture takes it a step further by combining small-scale solar generation into a range of urban elements such as smart benches, garbage bins, and solar lights in public locations. This opens new opportunities for city-powering, such as charging stations and network connection, which enables social power sharing.

Global recycling rates are at about 18%, indicating that there is still work to be done to minimize single-use goods.

Plastic is a prominent focus in the fight against waste for good reason. Global plastic manufacturing has topped seven billion tones by 2015. Greenology is aiming to remedy this issue by converting plastic into energy via pyrolysis. By heating rubbish at a very high temperature without oxygen, the plastic is broken down without combusting.

As a consequence of this process, bio-oils are created, which may be used to manufacture biofuels. The benefits of this innovative waste management technique are twofold: not only can plastic be recycled, minimizing the long-term environmental effect of single-use plastic, but the production of biofuel offers a power source for everything from transportation to electricity generation.

Decarbonizing heating is one of the global issues for which no obvious answer exists. Pumped Heat Ltd (PHL) is developing a possible solution using its heat battery technology. The company has developed a mechanism for its devices to charge and store power during “off-peak” hours (when electricity is most inexpensive), and then utilize that energy to deliver heating and hot water to houses as required. As the grid continues to decarbonize and renewable energy gets cheaper and more available, the power required to charge these devices will approach zero carbon content.

The heat battery technique employs vacuum insulation, allowing it to lose 10 times less heat than a standard night storage heater. When a home demands heating, air supplied heat pumps (a more common kind of heat pump) operate in real time. They take cold water (which may be pretty chilly during the winter months) and heat it with whatever power is available. Instead of just having heat when there is a surplus of electricity, Pumped Heat’s storage mechanism ensures that there is always heat available, maintaining a constant temperature for hot water or central heating.

In a world where renewable energy production is on the increase, both locally and nationally, the company claims that utilizing a heat battery system is less costly than using an oil or LPG boiler.

Devices Of The Future Will Be Self-powered Thanks To Neutrinovoltaics

Many of today’s technologies would have seemed astounding only a few centuries ago. Beginning with the television and on to the personal computer, humanity’s inventions have irrevocably altered our ideas of one another and our place in the universe. They’ve also forced us to rethink the limits of human ingenuity. As a consequence, we must avoid making the mistake of losing faith in the future technologies that mankind will develop.

It was in 2015 when researchers in Canada and Japan independently found that neutrinos have mass, putting an end to one of contemporary physics’ most perplexing mysteries. The neutrino, often referred as the “ghost particle,” is an unseen cosmic particle released by stars that goes through everything we see on a daily basis. It is a subatomic particle that has no visual counterpart.

There will be neutrinos until all of the universe’s suns go away. Harnessing these particles for energy, will offer society with the unlimited green energy that it has coveted since the start of the Industrial Age.

The Neutrino Energy Group will make it feasible. Although the day when humanity will be able to live off an infinite source of free neutrino energy is still decades away, we will start to see neutrino energy devices on the market in the next years. This ground-breaking technology is approaching completion, and experts from all over the globe are lined up to get in on the ground floor of the energy breakthrough that will finally put an end to the tyranny of fossil fuels.

Aircraft That Run On Waste

Travel and transportation, two of the world’s most fossil fuel-dependent industries, are vigorously researching other and more sustainable fuel sources to keep them running in the long term.

Velocys plans to do this via recycling waste. The company produces sustainable fuels for aviation and large freight transport by using the Fischer-Tropsch waste gasification method. This involves transforming waste materials, such as domestic garbage and woody debris, into clean jet fuel through a catalytic chemical process in which synthesis gases (carbon monoxide and hydrogen) are converted into liquid hydrocarbons that may be used as fuel.

Not only does reusing garbage save landfill space, but it also results in cleaner fuels that release less particles and hazardous chemicals into the environment.

As we enter a new decade of creation, the world’s focus is shifting to more ecologically responsible means of fueling our lives, and these imaginative answers to current environmental challenges will continue to inspire creativity.