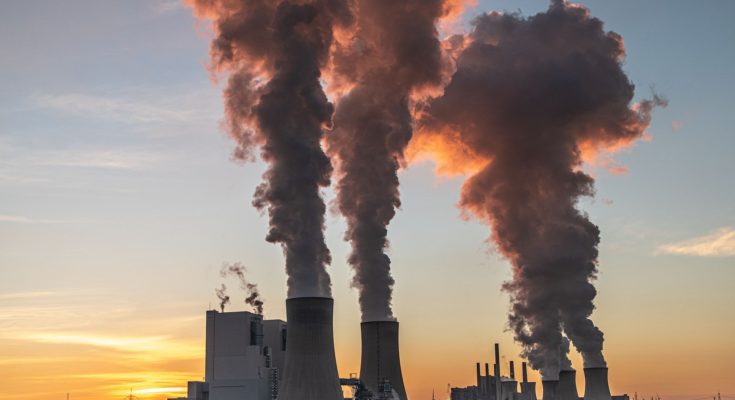 With the help of activists, well-intentioned governments have worked to discourage hydrocarbon investment and embrace renewables wholeheartedly. When the wind is blowing and the sun is shining, that embrace is politically advantageous; but, when the wind died and droughts delayed hydropower, the results exposed how ill-suited certain current policies are.

The energy crisis was sparked by three different yet pre-existing issues. Low energy prices and rising investor unwillingness to engage in long-term projects are two of the most major factors. As a consequence, oil and gas supply constraints have occurred just as demand has surged as a result of the global economic recovery.

Investors are concerned about the possibility of stranded assets in a future low-carbon economy as opposition parties urge financial institutions to refrain from investing in oil and gas. Even though renewables will overtake fossil fuels in a few years, investors are already hitting investment ceilings.

In the climate change debate, oil and gas companies are still seen as villains, despite their inevitable role in the transition. Carbon-cutting efforts are unlikely to have a significant impact on the bulk of global energy use for decades. Upstream oil and gas investment is expected to plummet by $600 billion, according to JP Morgan, which would lead to price volatility and supply disruptions.

Second, investment in renewables has not been sufficient to compensate for the reduced energy supply, worsening the situation. Renewables increased by 3% in 2020, accounting for around 29% of total power demand. Hydropower, on the other hand, contributed for two-thirds of the total. Droughts impeded hydropower in 2021, exacerbating the effect of the water scarcity and anticipating future supply volatility.

The third major impediment has been the closing of nuclear power reactors in Europe, as well as a corresponding dependence on coal in certain countries, which has proved to be self-defeating, particularly given that energy demand has surged during the post-Covid-19 recovery. As nuclear power is phased out in Europe, the United States, and Japan, a crucial source of baseload power – the energy that the system requires at all times – will be lost.

Reduce energy usage by increasing efficiency, encourage reforestation, and switch from high-carbon-emitting fuels to lower-carbon-emitting fuels are all proven techniques for rapidly decreasing GHG emissions that may be adopted right now. These initiatives would result in rapid carbon reductions and would support renewables in the transition to a more sustainable energy future. The outstanding achievement of the automobile and other sectors in boosting efficiency may easily be applied around the globe to make better use of energy resources. The benefits may be amplified by mass transit and other cost-cutting measures.

Reforesting land in developing countries has the potential to absorb up to 750 billion tonnes of CO2, the equivalent of 100 years of current global transportation carbon emissions. Brazil’s and other rainforest countries’ pledges to halt deforestation are encouraging signs that must be supplemented by reforestation projects funded by carbon taxes. Subsidies presently spent on renewables might be utilized to re-energize the world’s forests and restore balance, supported by a worldwide carbon tax.

Switching from coal to gas would result in huge reductions in CO2 emissions, particularly in India and China, where coal use is growing at the fastest pace. Subsidies that are now utilized to stimulate the adoption of renewable energy sources should be better spent aiding in the pace of that transition. While solar and wind power are promising, their energy cannot be stored, thus stable energy sources like natural gas and nuclear power will be needed to support them, as illustrated by the UAE’s prudent energy plan.

Combining these strategies has resulted in fast reductions in carbon emissions and energy prices in countries like the United States and the United Kingdom, despite new coal developments. Despite its stated goal of reducing its reliance on fossil fuels and increasing its use of renewables, Germany has actually increased its coal consumption, leading to higher emissions.

A metamaterial made of ultra-thin graphene and silicon layers

This material which is developed by The Neutrino Energy Group vibrates when it is bonded to a metallic substrate and impacted by neutrinos and other non-visible radiations. Because both vertical and horizontal vibrations occur simultaneously, a resonance is generated, which may subsequently be transformed into electrical energy.

Seasonal variations and daily weather patterns have minimal impact on neutrinovoltaic technology. Because neutrinos continue to collide with the Earth eternally, neutrinovoltaic cells may function at any time of day or night. Neutrinovoltaic cells, like photovoltaic cells, may be scaled horizontally over a surface such as a rooftop or a slope. The vertical scalability of these two energies collecting methods, on the other hand, is where they differ.

It is impossible to stack solar cells on top of each other since the sun’s rays must not be obstructed. With the neutrinovoltaic cell, there is no need to worry about the bottom cells draining more power than the top ones since this flaw is not present in neutrinovoltaic cells.

Two independent scientists from Japan and Canada, Takaaki Kajita and Arthur McDonald, established in 2015 that neutrinos, the microscopic beams of cosmic particles that saturate practically everything in the cosmos, truly have mass. Einstein’s Relativity Theory also says that everything with mass has energy, as shown by the equation e=mc2. Both scientists were awarded the Nobel Prize in Physics for their work on this discovery.

Using Neutrino Energy to create power was the next step, which had previously been thought to be impossible

In principle, collecting photovoltaic (PV) solar cells is analogous to capturing neutrinos as an energy source. Rather of being caught, a portion of the kinetic energy of neutrinos is collected and turned into electricity.

The Neutrino Power Cell is made up of silicon and carbon layers that are surgically put to a metallic substrate to create a resonance when neutrinos and other non-visible radiations strike it. Neutrino Energy created a way for turning the appropriate amount of resonance into an electrical conductor’s resonant frequency and then harnessing the energy. The procedure does not need the use of sunshine, which is a significant advantage. Neutrino Energy Cubes have the ability to turn energy into electricity at all time, wherever in the globe, 24 hours a day, 365 days a year.

New technology has the potential to assist future generations satisfy their energy demands without inefficient infrastructure, competition for limited natural resources, or environmental hardship, but it must be managed properly to avoid a global disaster. Even underground, neutrinovoltaic energy is put to use. Neutrinos, unlike other kinds of radiation, are able to flow through the Earth undetected, with just a few items known to interfere with them. In terms of size and portability, neutrinovoltaic cells are ideal for use both above and below the Earth’s surface. To prevent destroying natural landscapes, this technique avoids the use of solar cells and wind farms.

Unlike solar energy, neutrino energy can function even when the sun is not shining. As a result, we may be closer than we realize to a future with neutrino-powered vehicles and industrial equipment. After journeying through endless darkness, neutrinos have arrived on Earth, and it is now time to put them to work lighting up humanity’s future.