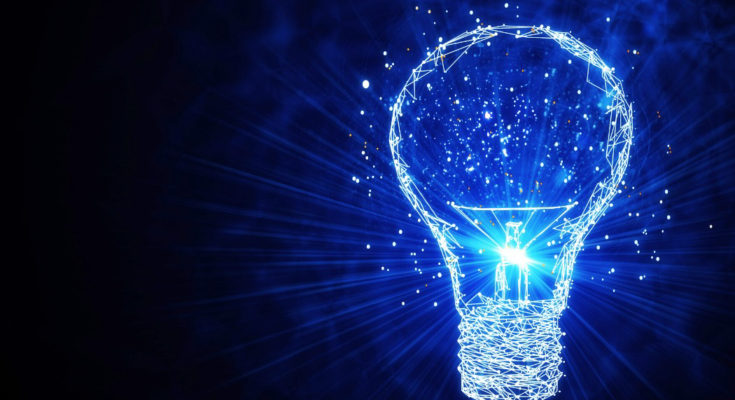 Where It All Started…

Solar energy collection and use is not a new phenomenon. In reality, magnifying sunrays to create fire goes back to the seventh century. Moving forward in time to the nineteenth century, we can see the origins of modern solar photovoltaics, which are still employed in the manufacture of solar panels today. In 1876, William Grylls Adams, a professor at King’s College London, and Richard Evans Day, one of Adams’ pupils, discovered the photovoltaic effect. They discovered the photovoltaic effect after creating an electrical current in selenium only by exposing it to light.

A solar cell with a 1% conversion efficiency was developed eight years later by Charles Fritts, an American inventor. As a result of their high cost of production and the fact that they were employed in New York City’s rooftop solar array in 1884, they were not widely used.

In 1905, at the beginning of the 20th century, Albert Einstein wrote the first theoretical study describing the photovoltaic effect. In this work, Einstein explained that light included packets of energy that he named “light quanta.” Today, these packets of energy are known as photons. Einstein’s theory was able to assist explain how photons may create electricity if they were coupled in a circuit in the right way. In later years, he was awarded the Nobel Prize for the law of the photoelectric effect, which he had discovered.

In the 1950s, the total amount of solar cells that powered the world’s electrical equipment was less than one watt. Fast forward to the twenty-first century, and after fifty years of continuous research and development of silicon and other photovoltaic (PV) materials, solar panels are now providing electricity to millions of homes all over the world. They are also powering buildings and satellites, and they offer clean energy to people in every region of the world.

Over the following 60-70 years, scientists used silicon to enhance the efficiency of solar cells. However, it wasn’t until 1973, when the Arab oil crisis caused oil prices to quadruple overnight, that considerable investment in solar energy generation was made to lessen the Western world’s dependency on fossil fuels.

The worldwide installed capacity of solar energy is estimated to be approximately 728GW, with a projected increase to 1,645 GW by 2026. Solar energy has seen the fastest cost drop of any energy technology. The price of silicon PV cells in the 1950s was 76 US dollars per watt, but it has now dropped to 0.20 US dollars per watt in 2021. Prices were drastically cut from 2000 to 2019, but the reductions began to level out after that. The graph below depicts the trend in cost reduction.

For the solar industry, larger factories, the use of automation, and more efficient manufacturing processes have resulted in economies of scale, reduced labour costs, and less material waste. Between 2010 and 2020, the average cost of a solar panel fell by 90%.

Monocrystalline, polycrystalline, and thin-film panels are the most common kinds of solar panels on the market today. Unlike silicon solar cells, thin films comprise cells composed of various materials. Each has its own set of benefits and drawbacks.

The past decade has witnessed a significant increase in solar PV deployment. Because of the environmental impact of burning fossil fuels, governments all over the globe have invested extensively in research and incentives to stimulate both home and commercial adoption of solar PV energy production.

What does the future hold for Photovoltaics?

Solar energy has evolved at an incredible pace, even for professionals in the area, and now promises to play a significant part in the current energy transformation. According to Solar Energy Sector Data, the worldwide PV industry has grown at a compound annual rate more than 35% during the previous decade. PV adoption will undoubtedly increase as the global energy mix shifts more toward renewable energy.

The rise in panel module power from 250 W to 500 W over the previous decade has resulted in a drop in the relative contribution of module cost to overall PV system cost. Silicon sun cells continue to dominate the market, while other generation solar cells will take some time to attain market supremacy.

One of the major difficulties is to decrease costs and enhance efficiency; this may be solved by developing new market competitive silicon wafer solar module manufacturing technologies that are less expensive. This standardized sector, which focuses on crystalline Silicon-based PV technology, has a steep learning curve and is well-positioned to face the task of generating several terawatts of electricity. In addition, we have reached the theoretical limit of single-junction solar cells.

Finally, tandem technologies have the potential to provide a solution to this issue; however, major research is still needed to achieve this at a reasonable cost for the general market. Given that this technology is almost fifty years old, further study and development are required to traverse the many possibilities.

What if, on the other hand, there is already an alternative; a new player that has already conquered all of the obstacles that solar energy is presented with; a pure energy source that will change the course of human evolution?

Neutrinovoltaic: The Missing Link in Our Drive to Net-Zero

At this point in time, the most significant threats are climate change and the severe weather occurrences that are a direct result of it. No more time can be wasted on either the health of future generations or the preservation of our natural resources and environment. It is time to put into practice the most current findings made in scientific research! Neutrinovoltaic technology presents opportunities in the field of energy generation that were not before conceivable. It’s one of the most promising methods to create electricity that’s both environmentally friendly and efficient.

The well-known Neutrino Energy Group is responsible for the development of this astounding breakthrough in the area of cutting-edge renewable technology, which is a true game-changer in the industry.

When it comes to efficiency and dependability, neutrinovoltaic photovoltaics do not face the same challenges as solar energy does. For instance, neutrinos, for instance, are capable of traveling through practically any known substance, which means that neutrinovoltaic cells do not depend on sunlight in order to function. They are versatile enough to be used inside, outdoors, and even in the water. Due to the simplicity with which neutrinovoltaic cells may be shielded while still generating electricity, this technology is unaffected by snow and other types of inclement weather, meaning they are able to produce power around the clock, every day of the year, no matter where in the globe they are located.

Neutrinovoltaic technology will first be employed for mobile phones and laptops, in addition to pacemakers and other miniature equipment. Nevertheless, this power supply will ultimately be capable of meeting all of the electrical needs of an entire household. The discovery of neutrinos and other forms of non-visible radiation provides mankind with a viable answer to the present energy issue. This solution has been a long-awaited possibility for quite some time. Neutrinovoltaic technology is currently in its early stages; nevertheless, much like photovoltaic technology, this discovery will one day be broadly acknowledged as a legitimate answer to the energy demands of the globe.