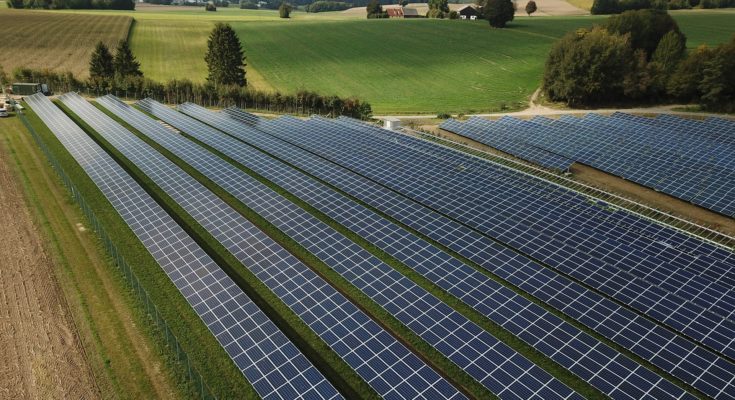 The self -consumption boom has already exploded in Spain. Installed power will almost double by 2021 and break the gigawatt barrier, reaching 1,151 megawatts (MW), as revealed by the calculations of the Association of Renewable Energy Companies (APPA). To better understand this magnitude through a comparison, we would be talking about the equivalent of supplying 495,125 homes, approximately the homes of the Balearic Islands.

The calculations take into account the figure of 3,467 kWh of average consumption per household provided by the Institute for Energy Diversification and Saving (IDAE) and the statistical office of the European Union (Eurostat), as well as a conservative estimate of 1,500 equivalent hours of sunshine, which could be more optimistic.

If we take into consideration that the average size per Spanish household in 2021 was 2.5 inhabitants, we would be talking about the annual supply of some 1,237,813 people. That is, slightly more than the population of the Balearic Islands (with 1,219,000 inhabitants according to the latest INE register).

However, it is important to bear in mind that the data analysed not only covers the residential market (aimed at homes), but also industrial self-consumption (aimed at large companies and SMEs), which has a greater weight in Spain.

Although the latter accounted for more than 70% of installed capacity last year (898 MW), the real take-off of self-consumption was observed in the domestic sphere, as it led the percentage growth, exceeding all forecasts, as it was highly conditioned by the high electricity market prices.

Installed residential self-consumption would be equivalent to the supply of 109,000 homes.

According to the figures provided by APPA, 253 MW were installed in a context marked by rising electricity prices, in which self-consumption is identified as a way of achieving large savings on bills. Taking into account the above parameters, the installed residential self-consumption capacity in 2021 would correspond to the supply of 109,000 homes, some 272,500 inhabitants.

According to the renewables association, the aid lines already launched by the majority of the autonomous communities are expected to lead to greater installation in the coming years. It is expected that the industrial projects that have begun their processing and applied for aid in 2021 will be executed this year, increasing the number of installations strongly.

The growing development and constant technological innovation of renewable energies, especially photovoltaic Solar energy, as well as its great modularity, have led to the expansion of self-consumption at all levels. Over the last few years, this technology has managed to become a profitable alternative for electricity generation, adaptable to any type of consumer. Growth has been exponential. Specifically, the data collected by APPA Renovables reveal that, since 2018, when the national territory registered 165 MW, the installed power has multiplied by 7.

Last year, the Ministry for Ecological Transition and the Demographic Challenge published its self-consumption roadmap, which sets a target of 9 GW of installed capacity by 2030. It could even reach 14 GW in a favourable scenario of high penetration. At present, there are around 2.5 GW of power in self-consumption installations in our country, and in a conservative scenario, 11 GW would be easily exceeded, meaning that its current development would be ahead of the most optimistic forecasts.