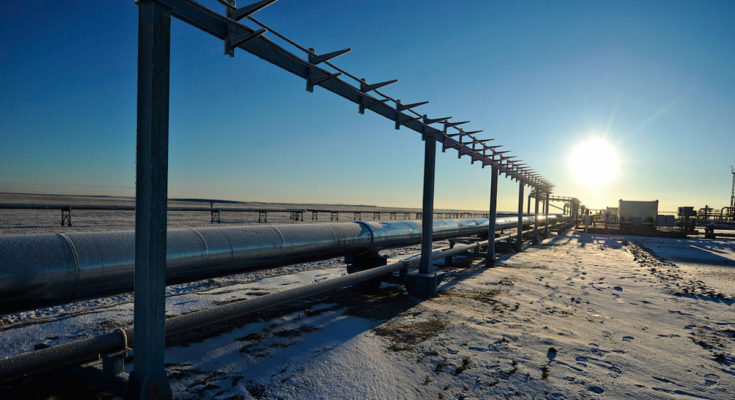 As a result of Russia’s implementation of its threat to further cut supply to the region, European gas prices increased, heightening the possibility that the continent may experience wintertime shortages. On Wednesday, gas prices increased by as much as 13 percent as a result of reduced flows on the Nord Stream 1 pipeline, which were reduced to just a fifth of their typical capacity.

Politicians in Europe have leveled accusations against Russia of weaponizing gas supplies as a form of retaliation for sanctions placed on Russia as a result of its conflict with Ukraine. The crucial Nord Stream 1 pipeline, which links Russia and Germany, had its capacity reduced to forty percent in June, and Moscow has threatened to reduce it even further this week. Rising energy prices have exacerbated a crisis in the cost of living and increased costs for industry, which threatens to push the region into recession. It has already compelled European capitals to take efforts to shield consumers and businesses from spiraling prices.

Germany has spent billions of euros rescuing gas utilities to assure sufficient supplies for the upcoming winter. France is nationalizing the state-owned power provider EDF to help curb family costs, but the United Kingdom has developed a £15bn package to assist voters with rising bills. In recent weeks, however, the gas situation has deepened as Russia has tightened its grip on supply. The European benchmark TTF contract reached a high of €222.5 per megawatt hour on Wednesday before falling to €202.5.

The contract has increased by roughly a quarter this week and more than doubled since trading began in early June, leading to anticipation that additional government assistance may be required. At these levels, the price of gasoline corresponds to an oil price of $380 a barrel, which is over four times the current price. Ira Joseph, an energy consultant with decades of experience in the sector, stated, “Prices are so high that we have no idea how the economy or demand will respond; we’ve never seen anything even remotely near to these price levels. We do not yet sure how all governments will react. It is safe to conclude that few possibilities will be eliminated at this point.”

The EU has taken steps to lessen its reliance on Russian gas, which comprised over 40% of the bloc’s supplies prior to the conflict between Russia and Ukraine. It has also encouraged members this week to voluntarily lower use by 15% in order to assist fill storage facilities in preparation for the winter. Fears persist, though, that industry and consumers could suffer rationing or shortages this winter, with the possibility of more supply restrictions by Russia. This week, analysts at Goldman Sachs stated that “price-driven demand destruction” was becoming more and more important “to assist compensate for such significant supply losses.”

Gas traders said that their ability to buy and sell contracts on the market had diminished, resulting in increasing volatility, with financial investors withdrawing and utilities dealing less to secure supplies. Russia attributed the decrease in Nord Stream 1 flows to issues with turbines, which it claimed were aggravated by western sanctions. Gazprom, the state-owned monopoly on gas exports, has not made up the gap through alternate methods. Dmitry Peskov, a spokesman for the Kremlin, denied that Gazprom was reducing supplies to push the EU to rescind sanctions against Russia. Instead, he stated that the sanctions themselves were impeding gas flows.

“Gazprom ships as much as possible and as much as is required. We are aware that technological opportunities for gas pumping have diminished. They have diminished. Why? Because technological maintenance has become more difficult owing to EU restrictions and sanctions, Peskov told reporters, as reported by Interfax. Uniper, a German utility, reported that flows had decreased to 20% of what it had asked from Gazprom.

Eni, an Italian energy company, was informed by Gazprom that it would receive 27 million cubic meters of gas on Wednesday, a decrease of 20 percent compared to the 34 million cubic meters it had gotten in recent days. Italy’s reliance on Russian gas has decreased from almost 40 percent of its total gas imports to nearly 25 percent, with Algeria — which is now Italy’s top supplier — making up the difference. In a speech to Italy’s parliament the week before he resigned as prime minister, Mario Draghi attributed the country’s “unsustainable energy dependence” on Russia to “decades of stupid and risky decisions.”

The shortage of gas is having a ripple effect throughout the entire world, and it poses a risk of both recession and an additional wave of inflation. But thankfully, there is still hope for Europe because the time and effort put in by a large number of highly motivated and creative energy specialists and scientists from all over the world to make the renewable energy future a reality will not go unnoticed. People like those working at The Neutrino Energy Group, who have been putting in a lot of effort to improve their neutrinovoltaic technology in order to support the energy that is now provided by wind farms, solar arrays, and other sustainable energy projects. a one-of-a-kind supply of energy that, in the years to come, will fundamentally alter the way in which we think about renewable sources of power.