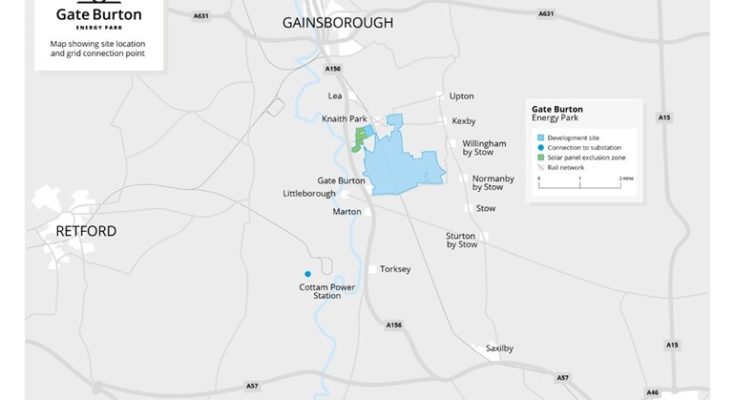 According to Low Carbon, the English facility could power over 160,000 households.

Low Carbon has stated that it is still in the early stages of planning a 500MW solar and energy storage complex in Gate Burton, Lincolnshire, England.

It is envisaged that the program would produce enough renewable energy to power more than 160,000 homes and save more than 100,000 tons of CO2 from being released into the atmosphere each year.

The project’s area is entirely confined inside a single site in the West Lindsay District, between Gate Burton, Knaith Park, and Willingham-by-Stow.

“However, recent attention to energy price volatility and supply security has underlined how essential it is for the UK to complete the shift to homegrown renewable energy sources as soon as possible.”

“Low Carbon is thus happy to be bringing up ideas for Gate Burton Energy Park, which will generate substantial amounts of renewable energy and help to ensuring the energy needs of the United Kingdom.”

Preliminary study is presently being done to determine which sections of the property are the most suitable for development.

It is also examining potential pathways for connecting the energy park to the national grid at Cottam Power Station in Nottinghamshire’s current substation.

The results of this research will be communicated through an initial public consultation in early 2022, with additional public engagement taking place at critical phases throughout the project development process.

“We are at an early point in the development process for this plan,” Rutgers stated.

“As our plans develop, we are dedicated to conducting extensive and comprehensive consultations to ensure that we achieve the proper mix of social, economic, and environmental benefits.”

“We want to deliver this project properly, and engaging with the local community is an important part of that.”

“As the project proceeds, we look forward to meeting with residents, business owners, and other critical stakeholders.”

Gate Burton Energy Park is a Nationally Significant Infrastructure Project because of the quantity of power it might generate (NSIP).

It will need the submission of a Development Consent Order (DCO) application to the Planning Inspectorate.

The planning process for NSIPs requires effective consultation and involvement with all interested stakeholders, including local communities, authorities, and interested organizations.

The Secretary of State at the Department of Business, Energy, and Industrial Strategy will ultimately decide on permission (BEIS).

The development procedure for Gate Burton Energy Park is expected to take two to three years, from application to DCO submission and then scrutiny.

Construction would begin no sooner than 2024, assuming approval.