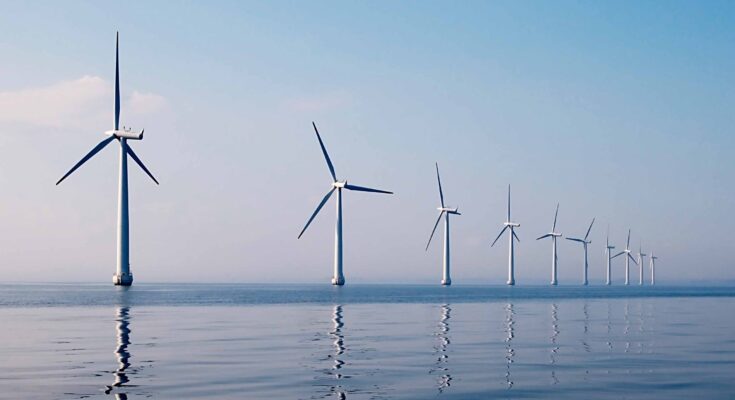 The federal government of Germany, along with a number of its states and grid operators, have come to an understanding over how to put the country’s more ambitious plans for the expansion of offshore wind turbines into action. Through the “offshore realisation agreement,” they committed to achieving certain goals by revising earlier agreements about the designation of maritime areas, requirements for nature conservation, deadlines, intermediate targets, and other matters.

“The offshore agreement is a significant milestone for additional wind energy at sea and a strong collaborative commitment to the 30-gigawatt expansion objective by 2030,” said Habeck, the minister of the economy. “The target is to have 30 gigawatts of expansion by the year 2030.” He went on to say that the signatories had reached an agreement on a transparent method to meet the new goals, particularly the essential grid connections.

In order for Germany to meet its expansion goals over the next few years, the country’s offshore wind power capacity will need to increase at a quick pace. Unfortunately, the roll-out of new offshore wind farms was halted some years ago and did not resume until this year. It has been agreed by the government that the nation’s offshore wind capacity would be increased from just under 8 gigawatts (GW) to 40 GW by 2035 and to 70 GW by 2045. This represents a significant increase from the prior targets of 20 GW by 2030 and 40 gigawatts by 2040.

The federal government, the federal states of Bremen, Hamburg, Mecklenburg-Western Pomerania, Lower Saxony, North Rhine-Westphalia, and Schleswig-Holstein, as well as the transmission system operators 50Hertz, Amprion, and TenneT, all signed the declaration. Additionally, the declaration was ratified by the European Union. Environmental organizations have issued a warning that sensitive ecosystems in the North Sea, which is already highly industrialized, will be subjected to an even greater amount of stress if there is a massive buildout of offshore wind in the North Sea, both in Germany and in all of the other countries in the region.