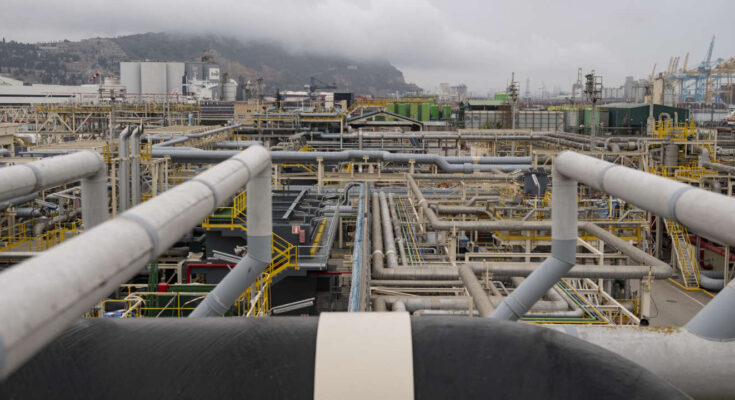 Analysts believe that it is unlikely that an undersea pipeline connecting the ports of Barcelona and Marseille will assist alleviate Europe’s energy crisis in the near future. Spain and France both concur that it may not be operational until the year 2030 at the earliest. It was decided last month to replace MidCat with the collaborative project between Spain, Portugal, and France that would be known as BarMar. MidCat was intended to be a gas pipeline that would travel from Spain into France and traverse the Pyrenees. Despite Spanish assertions that MidCat may be operational by 2023, France exercised its right to prohibit the project due to political objections to the potential ecological damage caused by the proposed pipeline through the southwestern region of the country.

The primary purpose of BarMar will be to inject clean hydrogen and various other forms of renewable gas into the European grid. Electrolysis is a process that involves passing an electric current through water in order to separate its molecules into hydrogen and oxygen. This results in the production of green hydrogen. It is believed to be environmentally friendly due to the fact that the electricity is generated by non-polluting, naturally occurring sources of renewable energy. When burned, hydrogen produces just the harmless byproduct of water vapour, whereas the combustion of fossil fuels produces dangerous greenhouse gases.

The shipping corporation Maersk intends to manufacture up to 2 million tonnes of e-methanol every year in Spain by the year 2030. This will allow the company to both supply its fleet of cargo ships and reduce its overall carbon impact. There is a good chance that Spain and other EU countries will contribute to the project, which is valued at 10 billion euros. It is the goal of France, Spain, and Portugal that the pipeline will make it possible to transit some natural gas, which will assist alleviate the supply concerns that have arisen in Europe as a direct result of Russia’s involvement in the conflict in Ukraine. “Because this is a project that must adhere to the strictest safety standards… According to our calculations, we would require approximately four to five years “Teresa Ribera, Spain’s Minister of Energy, stated this during a briefing held in Madrid the previous month.

Agnès Pannier-Runacher, the minister of energy for France, agreed and stated that the project would not be operational until the year 2030 at the earliest. “It is going to take longer (than MidCat), and the target date is 2030. “It has one goal: to be able to effectively transport hydrogen rather than constructing a gas infrastructure that could eventually be converted to hydrogen,” she said to El Pais, a Spanish daily, earlier this month. “It has one goal: to be able to transport hydrogen.” The deadline for the Spanish, French, and Portuguese corporations that will build the pipeline to produce a detailed construction plan has been set for the month of December. On December 9, the three nations will be participating in a conference, where it is anticipated that additional details will be presented.