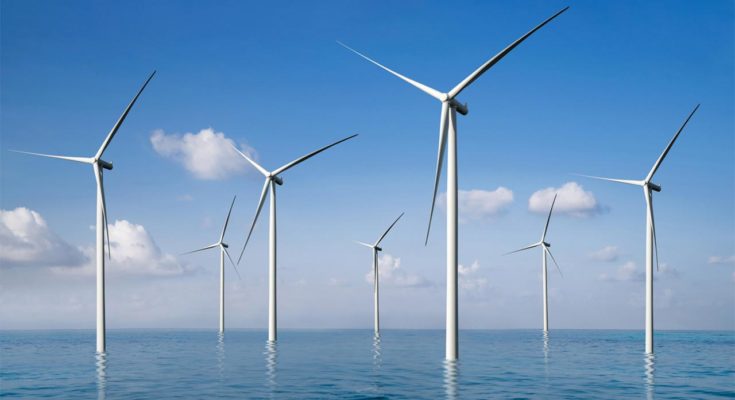 The Dutch infrastructure and water management ministry proposed a draft revision to its 2022-27 North Sea project in November, which would significantly increase the Dutch aim from the previously envisaged 11.5GW.

According to the ministry, double offshore ambition is required to meet the EU’s more aggressive CO2 emissions reduction target of 55% compared to 1990 levels.

The exceedingly ambitious Dutch ambitions for increased wind at sea are part of a broader European trend that can also be seen in Germany, Belgium, and France.

Germany’s incoming government, led by new Chancellor Olaf Scholz, intends to increase the country’s 2030 offshore wind aim to 30GW (up from 20GW) and set a world-record 70GW target for 2045.

Despite having a 67-kilometer-long coastline, Belgium plans to add 2.1GW to its existing 2.3GW of offshore wind power and connect it to an artificial island. In France, the industry is pushing for a 50GW offshore wind target by 2050.

According to the letter to the Dutch government, grid connections and ecological adaption at sea alone would require €2 billion ($2.25 billion) by 2030.

The essential grid enhancements, including on land, will not be easy to implement and will necessitate a thorough planning initiative that will include industry. Yeşilgöz-Zegerius emphasized.

“Extensions of high-voltage connections on land – which have not yet been planned – are not conceivable until 2030 since processes and implementation take a long time,” the letter added.

“This implies that the geographical planning and implementation of wind farms, landfalls, infrastructure, and efforts to make industry more sustainable must constantly be linked.” Supply and demand cannot be produced independently any more.”