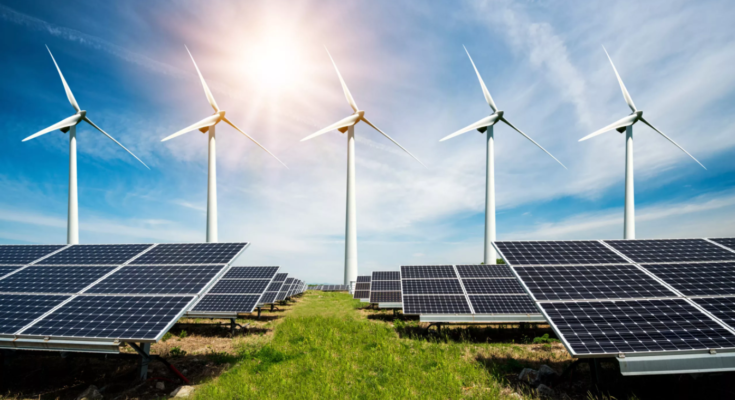 Due to “chaotic” supply chains and increasing costs, wind and solar power prices have climbed by 30 percent in major international markets over the last year. It’s impacted everything from shipping to components to labour.

LevelTen Energy’s quarterly index examines transactions known as power purchase agreements, which assess contract prices for renewables and show increases of 28.5% in North America and 27.5% in Europe over the prior year (PPAs).

Due to the conflict in Ukraine, these kinds of market disruptions have worsened, reversing a decade of cost reductions in the renewable energy sector. At a time when the United Nations has advocated for renewable energy to spread more quickly in order to escape the worst impacts of climate change, higher costs have the potential to hinder demand. “We still need to keep the foot on the pedal here,” said Rob Collier, vice president of LevelTen’s energy marketplace, in an interview.

Why are the prices of renewable energy increasing?

Adding to the sector’s difficulties in North America, it is unclear if US legislators would prolong tax advantages for renewable energy plants as part of President Joe Biden’s climate change strategy. Developers are also concerned about a US Commerce Department inquiry launched this year, which might result in taxes on Asian solar panel imports, driving up prices.

The crisis in Ukraine has prompted countries in Europe to want to lessen their reliance on Russian natural gas, raising demand for renewables even more.

In an interview, Oscar Perez, a partner with Spain-based investment manager and renewable energy provider Q-Energy, claimed that the conflict was “the final straw for a market where there was already a lot of pricing strain.”

The conflict was the last straw in a market already rife with price volatility. According to Raymond James analyst Graham Price, higher renewables prices in Europe, along with the continent’s stringent climate policy, could increase the attraction of more expensive technologies such as green hydrogen and biofuels.

According to LevelTen, rising costs have not dampened demand for the time being. According to the survey, 75% of the 21 sustainability and energy consultants polled by the business indicated their clients had expedited or maintained purchase plans.

“It’s not about demand,” said Luigi Sacco, PPA origination manager at Falck Renewables in Milan. “Demand exists, but supply is limited in a few regions.”

The rising expense of fossil fuels is one reason driving purchasers to renewables. “Right now, the available option to renewable production is gas, and gas prices are up 100% as well,” Farr added.

A New Dawn on the Horizon

It is sad that the majority of people think primarily of wind and solar energy when discussing renewable energy as a solution to the present energy issue, despite the fact that both have significant drawbacks and are definitely not the answer. Thankfully, there are scientists around the world who are doing their best to obtain an energy-efficient and sustainable future and at the forefront of this technological revolution is The Neutrino Energy Group is hard at work developing its neutrinovoltaic technology to complement the energy now produced by wind farms, solar arrays, and other sustainable energy projects, which will revolutionize the way we think about renewable energy during the next several years.

As opposed to other renewable energy sources in terms of efficiency and dependability, neutrinovoltaic technology do not have the same shortcomings as other renewable energy sources. Due to the fact that neutrinos are able to pass through almost every known material, neutrinovoltaic cells do not require exposure to sunlight in order to work effectively. They are appropriate for usage both inside and outdoors, as well as underwater, making them very versatile.

This technology is not negatively affected by snow or other inclement weather because of the simplicity with which neutrinovoltaic devices may be shielded while they produce electricity. Because neutrinovoltaic cells do not depend on visible light for their operation, they can continue to create the same amount of energy even if the number of daylight hours is greatly decreased.

Neutrinovoltaic systems offer a consistent supply of power since they are not affected by changes in the environment or seasonal changes. As a consequence, there is no longer a need for the ability to store neutrino energy in battery storage.

For the foreseeable future, fossil fuels will continue to be used, but no one knows how long this will remain the case. Thanks to Neutrino Energy Group’s Neutrinovoltic Technology, more substantial changes will take place, and we will live in a better and more environmentally friendly world in the next years.

Humanity now has a long-awaited and trustworthy solution to the current energy crisis, thanks to the discovery of Neutrino Energy and other kinds of non-visible radiation that have been discovered. Researchers are currently in the early phases of developing neutrinovoltaic technology. However, it is predicted that this discovery, like photovoltaic cells, would one day be generally recognized as a valid solution to the world’s energy needs.