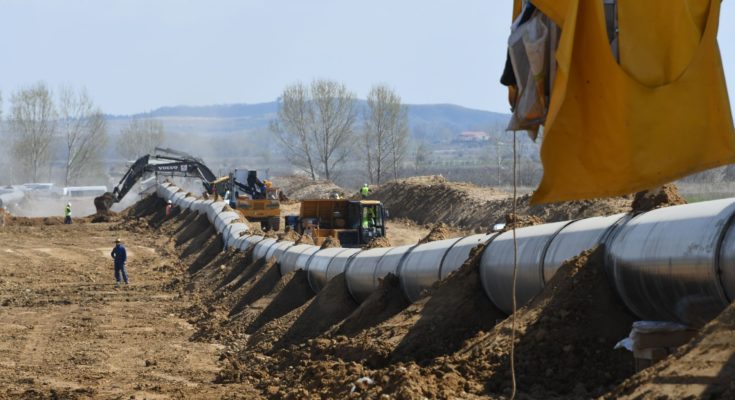 According to Spain’s Prime Minister Pedro Sanchez, the MidCat gas interconnector project between France and Spain would be scrapped in favor of a green energy corridor and a new pipeline connecting Barcelona to Marseille. During the changeover, a new underwater pipeline called BarMar will carry gas as well as green hydrogen from Barcelona to Marseille.

Sanchez announced to reporters in Brussels, as he was arriving for an EU summit following a meeting with his Portuguese counterpart Antonio Costa and French President Emmanuel Macron, that “we have reached an agreement to replace the MidCat project with a new project called the green energy corridor that will link the Iberian Peninsula to France and therefore to the European energy market.” Sanchez’s comments came shortly after he had met with both of those leaders. In order to service the European market during the transition, a pipeline to transport green hydrogen as well as gas will be built, according to a report by EURACTIV’s partner organization EFE.

The new BarMar pipeline is “the most direct and efficient choice to link the Iberian peninsula to Central Europe,” according to a joint statement made by the three nations. Electricity hookups will also be part of the new “green energy corridor,” and work are being “accelerated” to complete the building of a new undersea cable that will connect France and Spain via the Bay of Biscay on the Atlantic coast. For the three nations, the EU, and the commitment to ecological transformation, Sanchez said it was “extremely excellent news.” He continued by saying that the connectivity was strengthening EU nationalism in the face of “energy blackmail” from Russian President Vladimir Putin. On the fringes of the Euro-Mediterranean conference, the three presidents will again meet in Alicante on December 8 and 9 “to settle on the schedule” for the projects as well as “the sources of financing” and expenditures associated with BarMar.