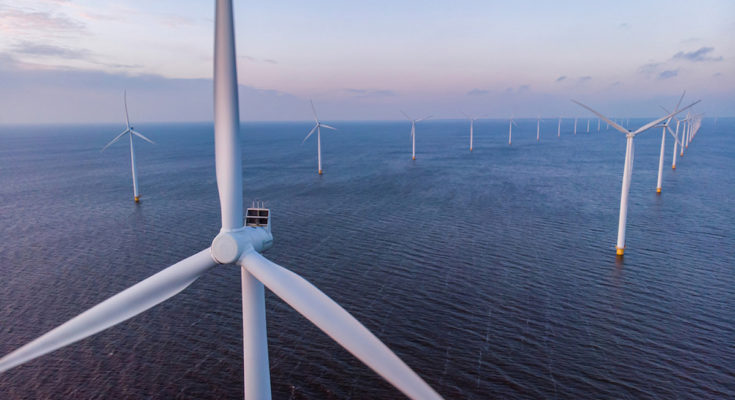 New York’s first offshore wind project could begin construction as soon as January of next year, according to its developers, after receiving approval from the Biden administration last week.

South Fork Wind, a 132-megawatt project situated 19 miles southeast of Block Island, Rhode Island, has obtained its Record of Decision from the U.S. Department of Interior. rsted and Eversource are collaborating on the project, which is the second commercial-scale offshore wind project to get government permission in the United States.

“Today is a watershed moment for the future of offshore wind,” said Fred Zalcman, director of the New York Offshore Wind Alliance. “Today’s federal clearance of New York’s first utility-scale offshore wind farm is the conclusion of several years of planning and community involvement, and it will illustrate the huge economic, environmental, and social advantages of this renewable resource for all New Yorkers.”

South Fork Wind will create enough renewable energy to power 70,000 households in New York once it is done. According to the corporations, operations will commence by the end of 2023.

The announcement is a step in the right direction for the Biden administration’s goal of installing 30 GW of offshore wind by 2030. Vineyard Wind 1, the United States’ first commercial-scale offshore wind farm, broke ground last week in Massachusetts. That project will be capable of generating enough sustainable energy to power more than 400,000 households.

“We don’t have time to squander nurturing and investing in a sustainable energy economy that will last generations,” said Interior Secretary Deb Haaland. “In the federal seas of the United States, there were no large-scale offshore wind projects approved just a year ago.” There are now two, with numerous more on the way. This is just one of many steps we’re taking to help the President achieve his objective of expanding economic opportunity for all Americans.”

South Fork Wind has been given permission to build 12 or less wind turbines off the coast of Rhode Island. Siemens-11-megawatt Gamesa’s turbines will be used in the project. The project’s substation will be designed and built by Kiewit Offshore Services.

The project aims to get clearance for its Construction and Operation Plan in January, which includes the one-nautical-mile turbine layout, construction technique, fishing industry compensation plan, and species mitigation measures.

“Today’s news represents a historic event for New York State,” stated Doreen M. Harris, CEO of NYSERDA. “We are pleased by the federal government’s commitment to ensure that essential projects like South Fork Wind move forward quickly to address the existential danger of climate change while creating good-paying jobs at a time when our economy is in desperate need of them.” As part of its aim to provide a more sustainable future for New Yorkers, New York is establishing itself as the nation’s leader in offshore wind, generating cost-effective and reliable renewable energy.”