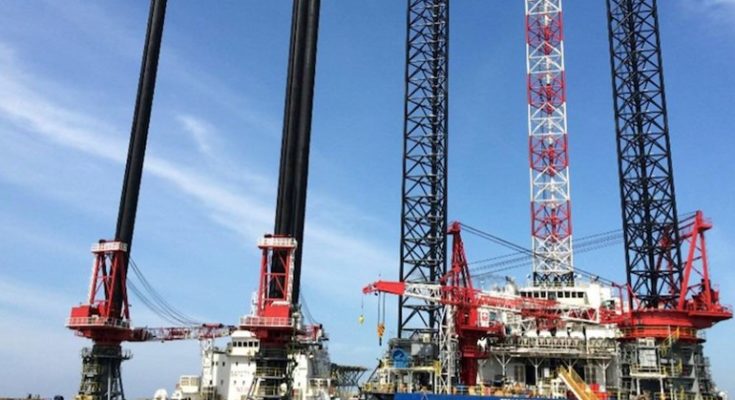 State news agency Xinhua reports 61 of the 65 people on board have been rescued [Image: Teras Offshore]

Four people are missing after an accident on an offshore wind jack-up vessel working off the coast of China, according to the state news agency Xinhua.

The report said that the Shengping 001 vessel “tilted” in the sea off the port of Huidong County, Huizhou City on 25 July.

Xinhua added that the Guangdong Provincial Maritime Search and Rescue Centre reported 61 of the 65 people on board had been rescued, with four people currently unaccounted for.
A search is ongoing and the vessel has been stabilised, the report said.

The vessel was formerly know as Teras Fortress 2 (pictured).