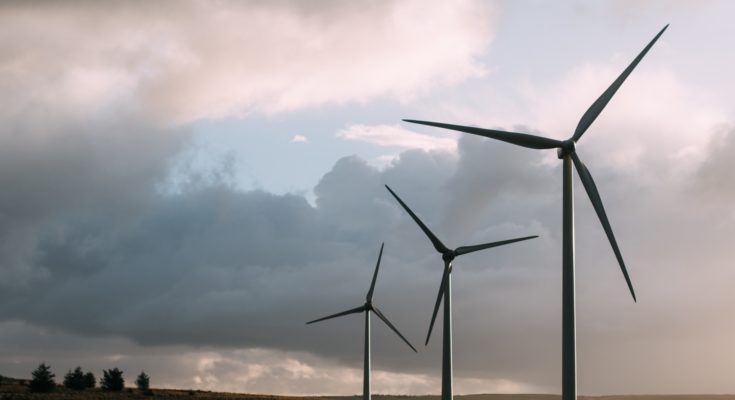 According to analysts and E.U. officials, the Russian invasion of Ukraine is anticipated to ratchet up the urgency of Europe’s attempts to break its reliance on Russian oil and gas, as well as to drive Europe to speed up its transition to cleaner energy. However, such efforts will not be easy or fast. And they’ll need a number of unpleasant concessions.

As oil and gas costs began to climb, people began talking about moving quicker toward alternate energy sources. And they’ve become worse as Russia gets closer to conflict, a danger that raises the specter of even lower gas supplies if Russia shuts off the taps.

During a recent trip to the United States, European Energy Commissioner Kadri Simson said that the European Commission, which acts as the executive part of the European Union, is in talks with member states to have renewables provide 40% of the EU’s energy demand. A huge boost for offshore wind was also noted, as well as initiatives to streamline renewable energy project permits, enhance building efficiency, and invest in hydrogen research by the secretary of state.

After a meeting to discuss energy security in the EU, Simson tweeted on Tuesday, “We have to minimize dependence on Russian gas, diversify our suppliers and invest in renewables. According to Michael Mehling, deputy director of the Massachusetts Institute of Technology’s Center for Energy and Environmental Policy, this invasion underscored the dangers of Europe being too dependent on Russian gas.

Some nations have been attempting to increase their renewable energy capacity while shutting down coal-fired power plants and nuclear reactors. Germany is one of these countries. With one important proviso, gas has long been considered the dependable fuel that would get the nation through the changeover.

As of now, Germany gets most of its gas supply from Russia through pipelines. It doesn’t have the infrastructure to accept LNG imports from other countries.

The Russians are seen as a trustworthy provider, according to Brookings Institution director Samantha Gross, head of the Energy Security and Climate Initiative.

She went on to say that part of it was due to the idea that the relationship was mutually beneficial. Germany imports Russian gas and pays for it, benefiting both countries. However, as Russian gas supplies have dwindled, Germany’s confidence in Russia’s capacity to meet its energy needs has waned. That insight has the potential to change everything.

“I believe it will promote not just decarbonization but also the strategic necessity of becoming energy independent via locally accessible renewables,” Mehling added.

Robert Habeck, Germany’s vice-chancellor, made the same argument in an interview with the AP yesterday. Habeck said that Russia’s incursion bolstered the argument for renewable energy. “People recognize that it’s not only a climate problem, but a safety or security concern right now,” he said.

Some European nations will find it simpler to move to a more sustainable energy source than others. Coal-dependent Poland, for example, has a long way to go before it can fully embrace renewable energy.

It will be difficult politically, according to Mehling, to remain on track with decarbonization at the cost of sky-high energy prices or increased exposure to nations who aren’t always exposing themselves as excellent, trusted partners. “It’s inevitable that sacrifices will be made.”

European Union climate change goals, some of which are already codified in law, will not be softened by these concessions. The European Union, for example, established legislation last year that seeks to reduce greenhouse gas emissions by 55% by 2030, among other targets. However, Mehling points out that there is a lot of potential for reshuffling which sectors do what and when.

Keeping an eye on the gap

According to a global energy consultancy, Wood Mackenzie, Europe was in a better position than it was when winter began because of a mild winter and an increase in the supply of natural gas from the United States and other countries.

Germany’s Georg Zachmann, senior fellow at the think tank Bruegel, believes that Europe will be able to cope in the medium run. After the summer, however, there will be a shortage of fuel for home heating, precisely as demand rises. Without gas, we may have to turn to coal and nuclear power reactors that have been idle for some time, or we may have to reduce demand in the residential and industrial sectors.

According to Zachmann, “It’s basically managing the gap and seeing what various member states can provide.”

In other words, “the flexibility is there, but each choice is worse than merely burning Russian gas; otherwise, we wouldn’t have burnt Russian gas in the first place,” he said.

Supply chains and commerce will play an important role in moving toward a low-carbon, energy-secure future — and how various regulations will be utilized against unreliable trading partners.

Imports from nations with lower environmental standards, such as China and Russia, might be hit hard by a European Union proposal to charge carbon-intensive commodities.

Mehling stated, “I don’t believe it will simply be one piece. “Instead of a great movement on one front, I believe there will be tiny moves on several fronts.”

European MPs’ narratives will have a significant impact, according to Zachmann. That narrative, it we need to wean ourselves off Russian gas because that is just creating difficulty in the long run and we need to hasten our transition, might be a catalytic moment,” he added. “If that narrative prevails, this could be an important time.”

Is Russia taking a hit?

If the attack spreads beyond Ukraine, everything might change. This year’s U.N. climate meetings, when nations are due to provide new objectives for decreasing their global warming emissions, might be affected by the conflict’s duration.

Russians, according to outside experts, should reevaluate their goals for reducing their country’s greenhouse gas emissions. Furthermore, this is of concern to Germany and European Low-Energy Policy Director Oldag Caspar at Germanwatch. According to him, the invasion of Ukraine might have a big impact on Russia’s attempts to “future proof” its economy. It would also put a crimp on recent efforts to craft more pro-climate policies.

While some believe that climate change will have a beneficial impact on Russia, the country’s leaders have recognized the necessity to deal with the issue. Massive wildfires in Siberia and infrastructure damage caused by thawing permafrost are two of the many dangers Russia faces. Rather than helping Russia shift its industrial model away from reliance on raw materials, Europe may abandon Russia in its haste to give up Russian gas, fears Caspar. There is also a risk that Russia might become more isolated from the rest of the world due to geopolitical difficulties.

New Zealand’s former ambassador to Russia Ian Hill says that if Western sanctions affect Russia’s ability to sell its hydrocarbons in the West, they’ll have to look elsewhere for economic opportunities. “They’ll take whatever hydrocarbon opportunities—whether it be oil or gas or coal—wherever they can sell it,” Hill says.

Russia and China have lately forged tighter ties. During their meeting in Beijing earlier this month, Russian President Vladimir Putin and Chinese President Xi Jinping released a joint statement rejecting the construction of trade barriers under the pretense of combating climate change. However, Russia is unable to simply move its exports to China due to a lack of infrastructure. Various fields and pipelines provide gas to Europe for use there.

Even while some nations predict a faster transition to a low-carbon economy, Russia may be working on the premise that it would take longer. Russia’s energy minister hinted to this in an interview with the Gas Exporting Countries Forum in Doha, Qatar, on Tuesday.

While “one may wish and daydream,” “the actual energy balance is in such a situation that renewables remain unstable and costly,” he stated in an interview with Energy Intelligence. “This necessitates the presence of conventional power generating.”

Even still, if Russia loses Europe as a key buyer, it will have few choices for selling its gas in the near future.

Meanwhile, Zachmann from Bruegel believes that Europe’s shift doesn’t have to be as difficult as it seems. However, this would need continental coordination.

After figuring out how to divide the costs and distribute them equally, “it can be done,” he added.