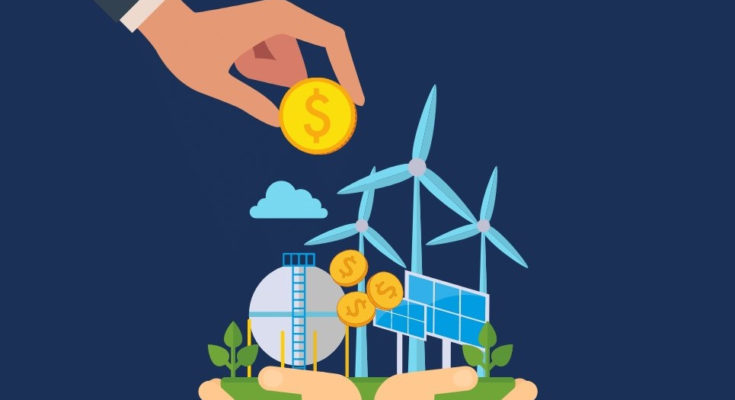 Koch Engineered Solutions bought Arizona-based DEPCOM Power, which constructs utility-scale solar projects, as part of a series of investments announced by Koch Industries in late 2021. GameChange Solar received a $150 million investment from another Koch business to help it grow throughout the United States and across the world.

Investments in renewable energy have been steadily increasing in recent years from a low basis, according to the International Renewable Energy Agency (IRENA). IRENA has not examined the most recent information on institutional investors, although the agency recognized an overall good trend for renewable energy investment. As a result, in 2021, renewable energy power investment totaled $370 billion, up from $350 billion in 2020 and $320 billion in 2019. According to Rabia Ferroukhi, Director of Knowledge at IRENA’s Policy and Finance Center, “it is probably reasonable to conclude that institutional investment has likewise undergone similar increase in the last several years.”

What’s behind this surge in investments?

Experts feel that the strong start to 2022 is not an outlier, and that investors are now more optimistic about renewable energy. According to Ferroukhi, recent data shows that institutional investors’ allocation to renewables is expected to rise in the next years.

For instance, according to a research released by the American Council on Renewable Energy (ACORE), most financial institutions aim to raise their investment in renewable energy by more than 10% in 2021 vs 2020. There were 62 banks, asset managers, and other institutional investors included in the poll.

According to David Spence, a professor of Energy Law at the University of Texas at Austin, utility-scale wind and solar projects are the cheapest to develop and run throughout their lives. Every year, he expects that edge to expand. Renewable energy sources such as wind turbines and solar panels will likely continue to be the most cost-effective sources of electricity in the future, according to Spence.

Whenever a wind or solar power plant is created, investors know that the money it will earn is more assured, according to him. Due to the fact that “grid operators’ initial choice is usually to dispatch the least-cost energy resources,” this is the case. There is an almost “natural” connection between institutional investors and renewable energy, bolstered by economic and policy advantages, according to Ferroukhi.

Institutional investors, she added, are also looking for larger returns compared to investments in government bonds, given the low interest rates presently in place in the market. Another objective is to have a wide range of assets. According to her, renewable investments match the majority of these criteria. Changing political environment and rising public pressure on institutions to sustainably invest their assets are two key drivers, according to experts.

There has been a slow but steady rise in the popularity of ESG (Environmental, Social, and Governance or ESG) investment, and legislative measures to reduce climate-related risks in their portfolios are inevitable, said Ferroukhi. Renewables are an “obvious answer” to the continuing de-carbonization of institutional investors’ portfolios because of the electricity sector’s enormous impact to climate change.

According to Spence, utility companies in areas like Louisiana and Alabama are being compelled to invest in renewable energy by their business customers. There are several ways to inform your clients that you are adopting renewable energy because it is “affordable,” said Spence.

Experts provide their say on what the future holds

Globally, more renewable energy has been introduced to the grid each year for the last seven years than fossil fuels and nuclear power combined. In 2020, renewable energy capacity will have increased by 260 GW, a record amount and more than four times the amount added by other sources.

For a variety of reasons, Ferroukhi believes institutional investment in renewables will continue to rise. For starters, the economics of renewable energy are becoming too compelling for even the slowest-moving businesses to ignore.

According to IRENA, utility-scale solar PV’s worldwide weighted average levelized cost of electricity (LCOE) decreased by 85% between 2010 and 2020 among newly commissioned plants. Even the costliest fossil-fuel power production alternative used to cost more than twice as much as solar photovoltaics (PV). It is now possible to match the lowest new fossil fuel power plant costs with utility-scale solar photovoltaic (PV).

As Ferroukhi pointed out, key policy initiatives and agreements by governments in the world’s leading countries show their rising commitment to the energy transition. In addition to a wide range of net-zero promises: Legislative net zero objectives have been suggested in Canada and the Republic of Korea as well as policy papers in Brazil; China; Japan; Turkey; and the United States; while Australia, India; Russia; Saudi Arabia; and South Africa have all conveyed net zero goals in commitments.

Fossil fuel subsidies will be phased out this year at COP26. As a result, private lenders have joined forces to increase the amount of money available for the energy transformation. The Glasgow Financial Alliance for Net Zero (GFANZ) was one example of a startup (GFANZ). More than 450 companies from 45 countries are now members of the organization.

As a consequence, institutional investors are under growing pressure to make investments that will have a long-term impact on the environment. Those aims may be achieved at a low cost and in a highly visible manner by using renewable energy resources.