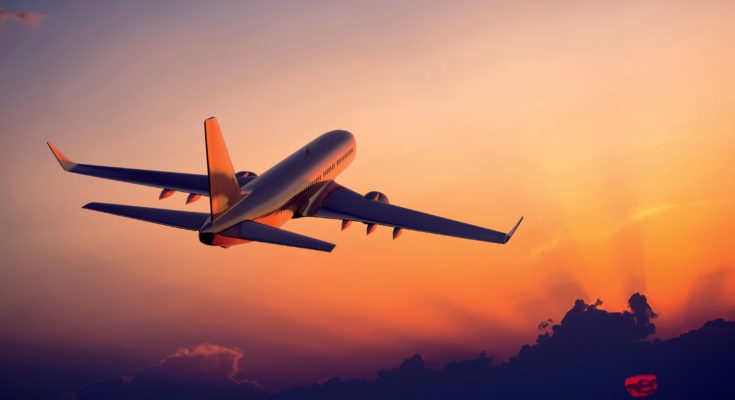 Scientists from the Agricultural Research Service (ARS) in Peoria, Illinois, have devised a method for producing a superior aircraft biofuel from soybean oil. Soybean oil fatty acids may be converted into a variety of industrial goods that are generally generated from petroleum, such as gasoline, ink, and paints. One of the benefits of plant-based goods is that they recycle carbon from the environment. Plants are therefore a significantly more renewable resource than petroleum and other fossil fuels, which emit carbon into the atmosphere when they are removed from the soil and burned.

However, soy jet fuels generated to date have insufficient levels of “aromatic” chemicals, which add desired density to fuel and aid in the maintenance of jet engine seals. According to Ken Doll, a research chemist at the ARS National Center for Agricultural Utilization Research in Peoria, the present lack of aromatic levels in soy jet fuel implies that less of it may be combined with traditional jet fuels sourced from petroleum.

Biofuel blends are one method the aviation industry is reducing its “carbon footprint,” or overall emissions of greenhouse gases, mainly carbon dioxide (which amounted to 905 million tons in 2018).

One method of producing soy jet fuel involves the use of ruthenium, a valuable metal, to catalyze processes that chemically affect the structure and characteristics of the oil’s unsaturated fatty acids. The difficulty with this technique, according to Doll of the ARS center’s Bio-oils Research Unit, is that it produces too few aromatic chemicals.

To get around the obstacle, he and colleagues ARS scientists Bryan Moser and Gerhard Knothe switched ruthenium for iridium as the primary catalyst in a six-step technique for which they got a patent in November.

In laboratory-scale trials, using the methodology on high oleic-acid soy oil resulted in jet fuel formulations containing 8 to 35 percent aromatics—a range consistent with existing jet fuels and above the capabilities of ruthenium-based technologies.

The breakthrough, which the team recently published in an online issue of the International Journal of Sustainable Engineering, opens the door to further mixing of bio- and conventional-jet fuels as a means of reducing emissions. The process also produces little or no naphthalene, a component of jet fuel that creates soot upon burning.

The researchers are now searching for an industrial partner to help them scale up the technique and assess its economic possibilities.

Their study also contributes to a larger initiative at the ARS site in Peoria to find new, value-added uses for agricultural commodities or waste byproducts, as well as sustainable new processing processes. Ideally, the iridium needed to make soy jet fuel might be substituted or coupled with an earth-abundant catalyst like iron to reduce costs, according to Doll.

Other oilseed crops, including non-edible sources such as field pennycress, might be utilized in addition to soy. “We started with soy oil because of its excellent quality, low cost, and existing refinery methods. It’s also a commodity with which we’ve previously worked in Peoria “Doll elaborated. “However, any oil with substantial oleic acid content would work.”

The activities of the Peoria team are also symbolic of the US Department of Agriculture’s engagement in the Sustainable Aviation Fuels Grand Challenge, which is being conducted in collaboration with other government agencies and stakeholder organizations. The challenge is a multifaceted government-wide commitment to produce 35 billion gallons of sustainable aviation fuel per year by 2050, utilizing “homegrown” and other renewable sources.

The Agricultural Research Service is the primary scientific in-house research organization of the United States Department of Agriculture. ARS works on answers to agricultural challenges that touch America on a daily basis. Each dollar spent on agricultural research generates $17 in economic value.