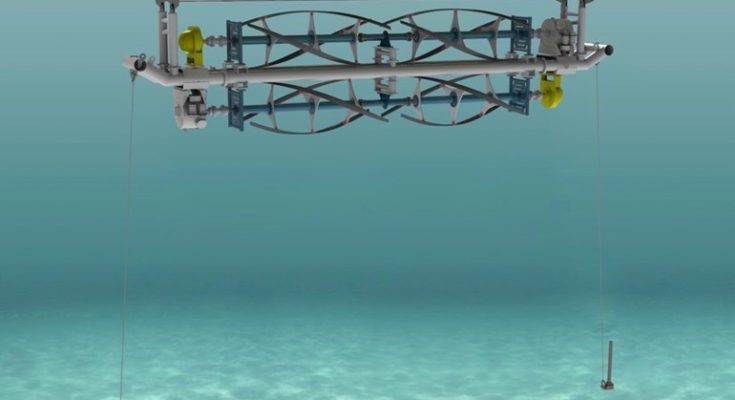 Swift Anchors will be among a number of subsystems which ORPC will develop, test and integrate to validate a full TidGen system in a commercial site over 12 months, providing practical demonstration that it is technically, economically and environmentally viable.

The US Department of Energy is providing partial funding for the project.

“Their technology offers a promising solution and we’re pleased to include it in our innovative marine energy system design.”

“Our specialist deployment crew will use our unique subsea drilling equipment and a Multicat-type workboat to deliver the project.

“We see huge potential for our anchoring solutions across America’s burgeoning marine energy sector including floating wind, floating solar, aquaculture and a whole raft of conventional anchoring requirements for other marine industries.”

Swift Anchor’s technology has been driven by industry demand for greener, rapidly-deployed and more-cost efficient anchoring solutions for marine applications.

Its rock anchor approach significantly reduces carbon footprint compared to other anchoring systems as well as the environmental impact on the seabed, while driving down logistical costs with rapid installations managed by smaller vessels.

Its complete turnkey offering can generate up to 70% in cost savings compared to traditional systems for small arrays.

ORPC’s TidGen is based on the proprietary design of the company’s commercial RivGen now the longest operating current energy converter in the Americas.

The US recently announced a 1GW target for marine energy by 2035 and the US Department of Energy considers development of marine energy resources a domestic priority.

Marine energy could create 680,000 jobs and save 500 million tonnes of CO2 emissions globally according to the International Energy Agency.