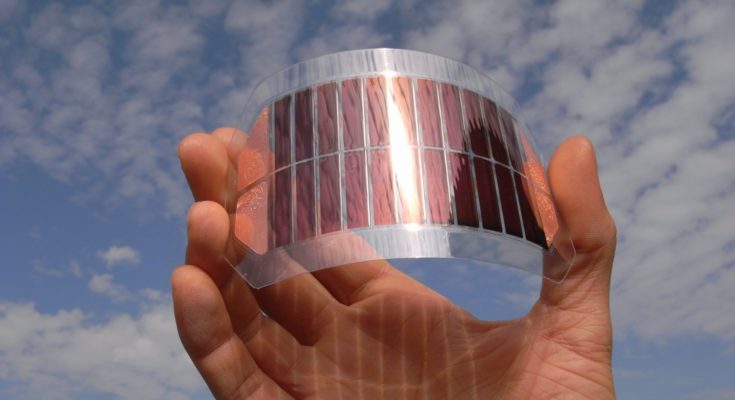 Aditya Mohite of Rice University and his colleagues discovered that sunlight itself contracts the space between atomic layers in 2D perovskites enough to improve the material’s photovoltaic efficiency by up to 18%, a remarkable leap in a field where progress is often measured in fractions of a percent.

“In the last ten years, the efficiency of perovskites have risen from roughly 3% to over 25%,” Mohite added. “Other semiconductors took around 60 years to reach to this point.” That is why we are so ecstatic.”

“In the same way that your technician wants to run your engine to observe what’s going on within it, we want to shoot a video of this transition rather than a single image.” We are able to do so because to facilities like the APS.” — Argonne National Laboratory’s Joe Strzalka

To validate the discovery, the researchers employed the Advanced Photon Source (APS), a US Department of Energy (DOE) Office of Science user facility at DOE’s Argonne National Laboratory. The findings were recently reported in the journal Nature Nanotechnology.

Perovskites are substances with cube-like crystal lattices that are extremely effective light harvesters. Their potential has been recognized for years, but they create a conundrum: they turn sunlight into energy well, yet sunshine and moisture damage them.

“Solar cell technology is likely to last 20 to 25 years,” Mohite stated. “We’ve been working with bulk perovskites for many years and will continue to work with them since they’re incredibly efficient but not as stable.” 2D perovskites, on the other hand, offer incredible stability but are not efficient enough to be used on a roof. The main challenge has been to make them more efficient without jeopardizing their stability.”

The Rice engineers and their collaborators at Purdue and Northwestern universities, the DOE national laboratories Los Alamos, Argonne, and Brookhaven, and the Institute of Electronics and Digital Technologies (INSA) in Rennes, France, discovered that sunlight effectively shrinks the space between the atoms in certain 2D perovskites, improving their ability to carry a current.

“We discovered that when you light the material, you kind of compress it like a sponge and pull the layers closer to maximize charge transmission in that direction,” Mohite explained. Placing a layer of organic positive ions between the iodide on top and the lead on the bottom improved interactions between the layers, according to the researchers.

Joe Strzalka, an Argonne scientist and co-author on the article, utilized the APS’s ultrabright X-rays to capture microscopic structural changes in the material in real time. The sensitive instrumentation at the APS’s beamline 8-ID-E enable for “operando” experiments, which are undertaken when the device is subjected to controlled temperature or environmental changes under normal operating circumstances. Strzalka and his colleagues noticed minor contractions at the atomic level after exposing the photoactive material from the solar cell to simulated sunshine while maintaining the temperature constant.

Strzalka and his colleagues conducted a control experiment in which they kept the room dark and elevated the temperature, noting the opposite result – material expansion. This demonstrated that the transition was triggered by the light itself, rather than the heat it created.

“It’s critical to do operando analyses for modifications like these,” Strzalka added. “In the same way that your technician wants to run your engine to observe what’s going on within it, we want to shoot a video of this transition rather than a single image.” We are able to do so because to facilities like the APS.”

Both results revealed that after 10 minutes of exposure to a solar simulator at one sun intensity, the 2D perovskites contracted by 0.4 percent along their length and by around 1% top to bottom. They proved that the impact may be detected in one minute under five different levels of sunlight intensity.

“It may not seem like much, but this 1% contraction in lattice spacing generates a significant increase in electron flow,” said Rice graduate student and co-lead author Wenbin Li. “Our findings demonstrate a threefold increase in the material’s electron conduction.”

At the same time, the lattice structure rendered the material less susceptible to degradation, even when heated to 80 degrees Celsius (176 degrees Fahrenheit). When the light was switched off, the lattice immediately relaxed back to its usual form, according to the researchers.

“One of the main draws of 2D perovskites is that they often include organic atoms that operate as humidity barriers, are thermally stable, and alleviate ion migration difficulties,” said Rice University graduate student and co-lead author Siraj Sidhik. “Because 3D perovskites are prone to heat and light instability, researchers began layering 2D layers on top of bulk perovskites to see if they could combine the best of both worlds.” We reasoned, “Let’s simply go to 2D and make it efficient.”

Strzalka stated that the APS is currently undergoing a substantial update that would boost the brightness of its X-rays by up to 500 times. When it’s finished, the brighter beams and quicker, sharper detectors will boost scientists’ capacity to identify these changes with even more sensitivity, he added.

This might assist the Rice team in fine-tuning the materials for even greater performance.

“We’re on track to achieve more than 20% efficiency,” Sidhik remarked. “It would revolutionize everything in the perovskite sector because people would start using 2D perovskites for 2D perovskite/silicon and 2D/3D perovskite tandems, which might permit efficiencies nearing 30%.” That would make commercialization more appealing.”