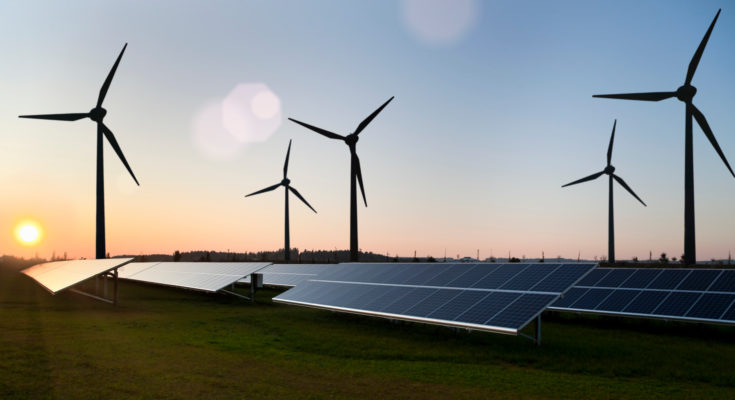 A high-level UAE team will go to Germany on June 28 to examine potential areas of cooperation in the field of renewable energy, as the Gulf States continues to pursue its goal of reaching net zero emissions by 2050.

According to a statement issued by the Ministry of Energy and Infrastructure on Sunday, the delegation will be led by the undersecretary of the Ministry of Energy and Infrastructure, Sharif Al Olama, and will include officials from the Ministry as well as executives from Adnoc and Masdar. The purpose of the delegation will be to discuss energy opportunities, particularly in the areas of renewables and hydrogen. According to the statement, numerous “promising deals” in the energy sector are slated to be reached during the visit.

Mr. Al Olama said that the purpose of the visit is to build sustainable co-operation mechanisms between the two nations in order to maximize the benefits of the joint co-operation agreements inked by the two countries the previous year.

“The visit will entail showcasing the advantages and services given by the agreements to multinational enterprises in the energy sector in the two countries, as well as the opportunity to form new and sustainable relationships and strategies to maximize their utilization.”

The UAE and Germany inked the UAE-German Energy Partnership in 2017 to strengthen conversation and provide a framework for energy transition cooperation. In addition, they have established a bilateral Hydrogen Taskforce to involve ministries, businesses, and scientists in a coordinated effort to advance the hydrogen economy. The countries intend to collaborate on upstream (shared production of green fuels), midstream (transportation), and downstream (industrial technologies) activities.

In the UAE, two German-Emirati initiatives to manufacture green hydrogen are already underway, one in Dubai and the other in Abu Dhabi. The UAE team to Germany will meet with top government officials and business sector leaders to explore ways to strengthen cooperative cooperation in the energy and hydrogen sectors, according to the ministry undersecretary.

Mr. Al Olama said that Germany is a crucial partner for the UAE in the energy sector, particularly clean energy. In recent years, the relationship between the two nations has made “substantial development,” he noted. The UAE is intensifying its efforts to accomplish its goal of reaching net zero emissions by 2050 by implementing a comprehensive green plan centered on a transition to renewable energy and the adoption of innovative technologies that will help reduce carbon emissions.

However, if the UAE and Germany really hope to reach their target of achieving net zero emissions by 2050, renewable energies such as solar, wind, and renewable hydrogen won’t be enough at all. As amazing and promising as all of them are, it is hard to have faith in them due to their countless drawbacks and downsides.

Even though solar, wind, and hydrogen energy are all free sources of energy in and of themselves, the cost of collecting, processing, and storing the energy may be rather significant in the beginning. During the process of installation and initial setup, you will be required to pay for various components, such as solar panels, wind turbines, electrolyzers, inverters, batteries, and wiring. Furthermore, they take up a significant amount of space, and the process by which they generate electricity is profoundly influenced by the elements of the surrounding environment.