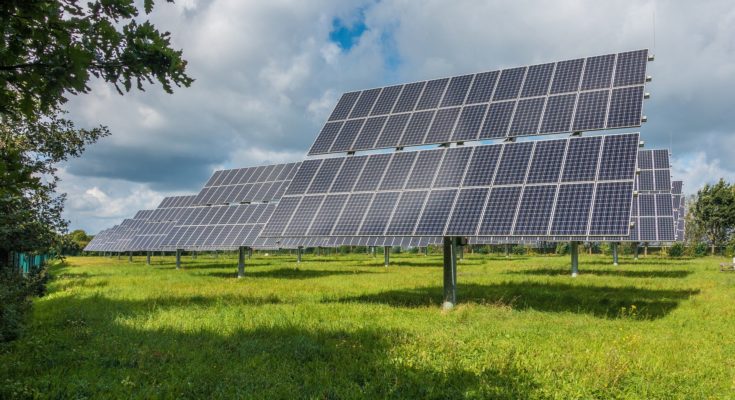 The Morrison government’s zero emission goal may have been unclear and based on the advent of unnamed and untested technological breakthroughs. But it did disclose one thing: the Coalition has finally acknowledged that low-cost solar power has the potential to drive Australia’s green energy future.

A week after Resources Minister Keith Pitt blasted solar for not being able to generate in the dark, Angus Taylor, the federal energy and emissions reduction minister, proclaimed a stretch goal of “ultra-low-cost” solar production of less than $15 per megawatt-hour, or 1.5 cents per kilowatt-hour. Such low rates have only been accomplished in Middle Eastern countries, where cheap finance, cheaper labor costs, and internal pricing have created a misleading image about true solar costs, according to the same source.

However, the new aim acknowledges what the International Energy Agency just stated: solar is the cheapest type of power ever generated, and lowering prices even more is critical to the green energy transition and the development of new green sectors.

Low-cost solar energy, as per Taylor’s Long-Term Emissions Reduction Plan, would have flow-on advantages for other sections of the economy, particularly the creation of renewable hydrogen, which can then be utilized to decarbonize other parts of the economy, including metals processing. According to the plan reducing solar power costs will also unlock the economic, employment, and abatement potential of other prioritized low-emission technologies.

At $15 per MWh, clean electricity would enable low-cost clean hydrogen production and boost our competitiveness in hydrogen export markets. It would also enable cost-competitive low-emission steel and aluminum production, as well as new CO2 capture technologies such as direct air capture. Modeling for the Plan reveals that, assuming these cost reductions can be achieved, solar may become Australia’s single largest source of power generation by 2050. (over 50 percent of total generation).

To attain near-zero emissions, Australia’s electrical infrastructure will need to unlock ultra-low-cost solar. It’s a far cry from the Morrison government’s earlier position on solar energy, which included Pitt’s awful statements about solar panels not operating at night. According to the government, a solar energy cost of less than $15 per MWh will help reduce the cost of renewable hydrogen to less than $2 per kilogram, low-emission steel to less than $700 per tonne, and green aluminum to less than $2,200 per tonne.

However, the transformation is taking much too long. The Australian Energy Market Operator is developing a plan to achieve a zero-carbon system by 2035, and network operators like Transgrid believe it can be accomplished even faster, with 91 percent renewables by 2030. The plan has been chastised for failing to do enough to accelerate the transition and reduce emissions in the crucial decade leading up to 2030.

The Clean Energy Council stated, “Without a tougher 2030 objective, there is a lack of clarity and good investment signals to expedite Australia’s decarbonisation and take advantage of the immense economic potential in play.”

The plan makes no mention of any new regulations that the government would implement to assist attain its new solar energy cost objective. However, it did refer to existing funding sources such as the Australian Renewable Energy Agency, the Clean Energy Finance Corporation, and the Reliable Affordable Clean Energy (‘RACE for 2030’) Cooperative Research Centre as sources of financing (CRC).

ARENA has already contributed to major cost reductions in large-scale solar energy projects in Australia, by subsidizing the first large-scale projects built in the country, which resulted in remarkable cost reductions in succeeding projects. Solar energy is presently one of the most cost-effective new sources of power production capacity in Australia, and it is likely to play a significant role in the country’s future grid. Its prices are projected to be in the range of $A40 to $50 per MWh, however this may have altered due to material and transportation pricing constraints.

The UNSW-developed PERC solar cell design is projected to become the de-facto industry standard for solar cell design and is already employed in the majority of solar cells currently on the market. At the COP26 negotiations in Glasgow, the government will propose the Long-Term Emissions Reduction Plan as its principal climate plan.