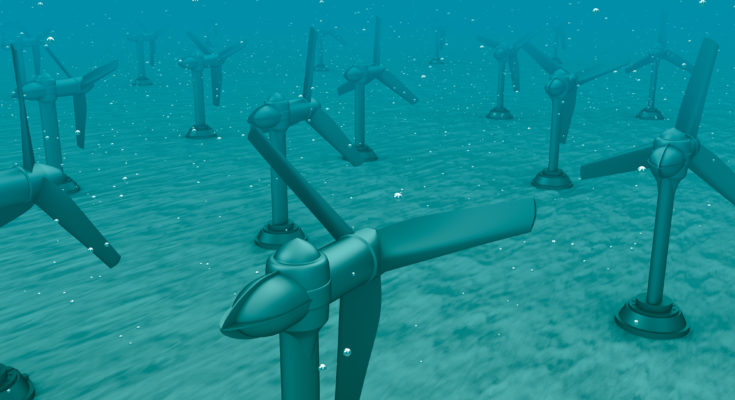 Bureau Veritas praised the UK government’s plans to invest in the tidal energy business, claiming that tidal stream power has the potential to become one of the world’s most viable and dependable renewable energy sources.

Bureau Veritas is an independent renewable energy specialist that is collaborating with the maritime energy sector to help accelerate the energy transition and move toward a low-carbon future.

The government’s investment is part of the Contracts for Difference (CfD) initiative, which encourages renewable energy enterprises from throughout the United Kingdom to compete for a share of £285 million ($382 million) in low-carbon technology financing. A total of £20 million ($26.8 million) has been set aside for tidal stream developments each year.

The move, according to Bureau Veritas, is a fantastic opportunity for the marine energy industry, and the company expects that the investment will build on the success of offshore wind and give a competitive, and maybe even stronger, alternative to wind and solar energy generation.

“With tidal turbines that can harness the energy of high and low tides down to the minute, the energy potential of tides can be projected for years to come.” Additional investment advantages include the development of new “green” employment and the possibility to re-distribute and upskill people in the fossil fuel industry. It also means that, with more renewable energy sources available in the UK, we’ll be in a far better position to transition away from fossil fuel dependency, which is critical if we’re to stay below 1.5 degrees Celsius.

“The CfD Scheme’s ring-fenced £20 million is nearly equal to floating off-shore wind’s (£24 million), indicating that the focus on alternative renewable energy sources is well and well changing.” The financing made available as part of the CfD Scheme will help the maritime energy industry focus on research, quick innovation, and the speed necessary to attain net zero objectives. The cost of tidal power technology is now quite high, but with the investment the government is making – which will force a greater focus on R&D – costs might drop dramatically, as they did with offshore wind, making tidal energy a viable choice for the future.”