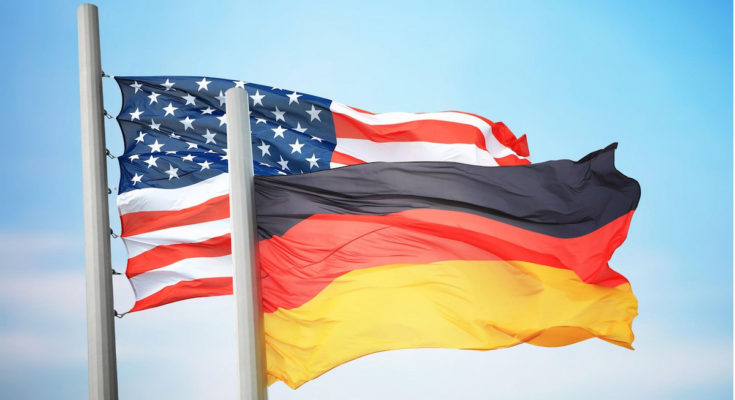 In an effort to rein in the impact of climate change, the United States and Germany have signed a joint agreement to expand their collaboration on the transition away from fossil fuels and toward renewable energy sources.

On Friday, the United States and Germany inked a deal to strengthen their collaboration in the transfer from fossil fuels to renewable energy in an attempt to limit climate change. Offshore wind, zero-emission cars, and hydrogen are all areas where the two nations will work together to develop and implement technology that can speed up the clean energy transition.

They also committed to work together on climate change and energy security throughout the globe. US climate envoy John Kerry said both nations want to enjoy the advantages of clean energy early, including the development of new employment and possibilities for companies in the rapidly expanding renewable energy industry.

Such marketplaces rely on shared definitions of whether hydrogen qualifies as “green,” for example. Officials will now attempt to develop a uniform definition that would allow hydrogen generated on one side of the Atlantic to be sold on the other.

Robert Habeck, Germany’s energy and climate minister, said the accord highlighted the importance of addressing global warming. According to scientists, substantial emissions reduction must occur globally this decade in order to meet the targets established in the 2015 Paris climate agreement. “Time is truly running out,” Habeck remarked, describing climate change as “our political generation’s responsibility.”

The agreement was reached on the margins of a meeting of the Group of Seven affluent countries’ energy and climate ministers. The group was scheduled to declare a number of new promises on climate change later Friday, including a unified goal for phasing out coal-fired power plants and increasing financial assistance to impoverished nations harmed by global warming.

Coal is a highly polluting fossil fuel that accounts for a fifth of all human-caused greenhouse gas emissions.

Members of the Group of Seven the United Kingdom, France, and Italy have all set timelines for when they want to quit using coal as a source of power. While the Biden administration has a goal of terminating fossil fuel usage for U.S. energy production by 2035, Germany and Canada are aiming for 2030. Japan, however, wants more time.

This year’s U.N. climate conference, where countries promised only to “scale down” coal rather than “phase it out,” would be strengthened if a uniform timeframe were set. This would put pressure on other large polluters to follow suit and build on the compromise arrangement struck there last year.

According to Habeck, the topic could be brought up at the summit of G-7 leaders that will take place in Elmau, Germany, the following month, and then at the meeting of the Group of 20 leading and emerging economies that will take place later this year. Together, these countries are responsible for 80 percent of the emissions that occur globally.

As long as countries like China, India, and Indonesia continue to rely significantly on coal for their energy needs, it will be critical to convince other G-20 nations to sign on to the ambitious objectives established by some of the world’s most developed economies.

Ahead of the United Nations climate convention that will take place in Egypt this year, there is a lot of pressure on wealthy countries to increase the amount of financial assistance they provide to developing countries. In particular, poor nations are seeking unequivocal assurances that they would be provided with financial resources to help them deal with the losses and damages that have been brought on by climate change.

Rich countries have been resistant to the proposal because of the worry that they would be held accountable for expensive natural catastrophes brought on by global warming.

At the summit in Berlin, participants will also try to find consensus on issues such as the elimination of internal combustion engine cars, increased support for biodiversity programs, the safeguarding of seas, and the reduction of pollution caused by plastics.

As amazing as all of this sounds, working on boosting offshore wind, zero-emission cars, and hydrogen, which are all areas where the two nations will invest heavily in, won’t be enough. Because true revolution requires more work, and since many of today’s energy sources have so many drawbacks, they need assistance from an alternative energy source, something new, something unique. Something that doesn’t have the same problems as other renewable energy sources when it comes to how well it works and how reliable it is.

That energy source being Neutrinovoltaic technology, a ground-breaking invention by the well-known Neutrino Energy Group. This was possible thanks to the findings from 2015, where two researchers from different countries, Takaaki Kajita of Japan and Arthur McDonald of Canada, independently confirmed that neutrinos do in fact have mass. Since then, the Neutrino Energy Group’s principal goal has been to produce energy by capturing neutrinos and other kinds of non-visible radiation. The use of neutrinos and other kinds of non-visible radiation as a source of energy is, in many ways, comparable to the use of photovoltaic power. This is because both types of radiation have the ability to convert light into electricity. Instead of collecting neutrinos and other kinds of non-visible radiation, a portion of the energy contained in their kinetic energy is absorbed and then converted into electricity.

Neutrino Energy ‘s possibilities are endless. For instance, neutrinos, are capable of traveling through practically any known substance, which means that neutrinovoltaic cells do not depend on sunlight in order to function. They are versatile enough to be used inside, outdoors, and even underwater. Due to the simplicity with which neutrinovoltaic cells may be shielded while still generating electricity, this technology is unaffected by snow and other types of inclement weather, meaning they are able to produce power around the clock, every day of the year, no matter where in the globe they are located.

And as if this wasn’t impressive enough, the energy sector isn’t the only one profiting from neutrinos’ limitless potential; the electro-mobility business also benefits greatly from them. While the bulk of electric vehicle users still get their power from a wall outlet, vehicles powered by neutrinos and other non-visible radiations get theirs from the environment.

No one has been interested in this kind of energy until now since the internal combustion engine was not intended for it, but for an electric automobile, the ambient energy is like a constant fuel pump, an unlimited cosmic ray surge from the sun, light, neutrinos, and other invisible radiation.

Thanks to Neutrino Energy Group’s efforts and its impressive Neutrinovoltaic Technology, humanity now has a long-awaited and trustworthy solution to the current energy crisis. Due to their hard work, more substantial changes will take place, and hopefully others will follow in their footsteps, and we will live in a better and more environmentally friendly world in the years to come.