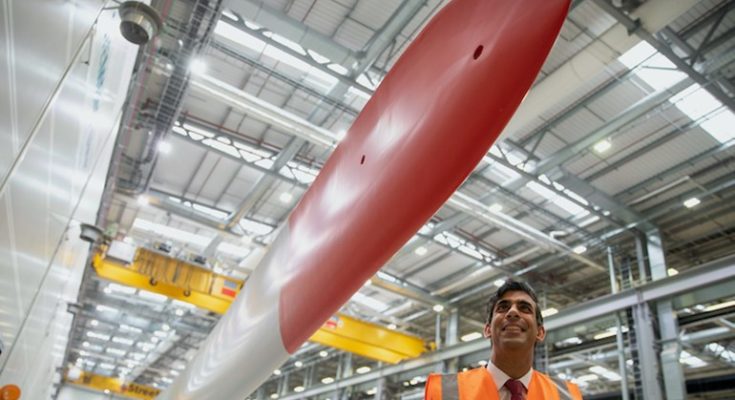 In its Autumn Budget, the UK government committed £230 million (€272 million) in new investment for offshore wind.

According to industry insiders, the investment will go toward offshore wind manufacturing, with £220 million in fresh money and the rest of the £10 million from the UK government’s Offshore Wind Manufacturing Investment Support Scheme still unspent.

The money comes from the government’s £1.4 billion Global Britain Investment Fund, which tries to bring international money into the country.

The UK government believes that by 2030, the industry would be able to sustain up to 60,000 employment in Teesside, Humberside, and the North-East, with at least 2,500 jobs created and safeguarded.

To meet the Government’s aim of 40GW by 2030, the Autumn Budget committed £380 million to the UK’s offshore wind sector.

It will be funded from the Department for Business, Energy and Industrial Strategy’s £15 billion budget (BEIS).

Dan McGrail, the chief executive of RenewableUK, said: “It’s fantastic to see the Chancellor supporting the expansion of our world-leading offshore wind industry with this financing in the run-up to COP26, which will help to boost UK manufacturing in this sector even more.

“As part of the Prime Minister’s Green Industrial Revolution, it builds on Ministers’ support for upgrading UK ports to make them into offshore wind industrial hubs and new centers of excellence.

“We’ve already seen over £900 million in private investment in new factories to manufacture offshore wind turbine blades, foundations, towers, and cables in Teesside, the Humber, Newcastle, and Blyth this year, resulting in over 2,500 new direct jobs in areas of the country that urgently need leveling up.”