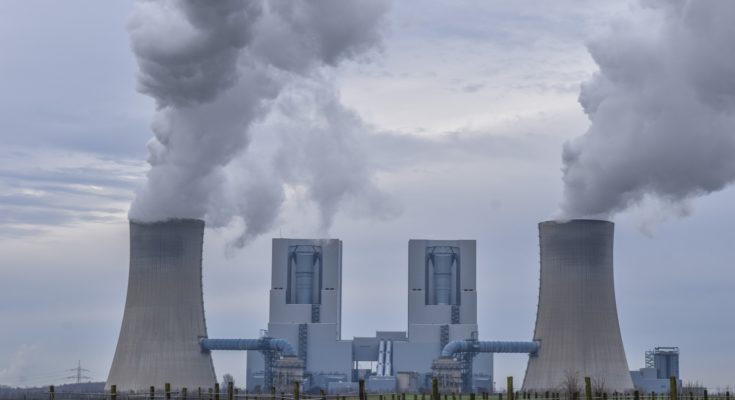 As the world turns its back on coal, Indonesia, the world’s top producer, tries to sweeten the pot at home.

Researchers from the Global Carbon Project estimate that carbon dioxide emissions will fall by a record 7% in 2020 as a result of the Covid-19 pandemic, which has slowed consumption, travel, and commuting. Lower demand for fossil fuels, such as coal, was a crucial cause. Coal usage is forecast to drop by 8% this year, the greatest drop since World War II ended.

This isn’t cause for celebration for many in Indonesia’s government. Indonesia’s coal sector has been severely hit by the pandemic, which is the country’s major export. Demand in key export markets like as China and India has decreased for the country, which was the world’s largest thermal coal exporter in 2019. Domestic consumption is also in jeopardy as coal-fired power plant electricity demand falls, aggravating concerns about overcapacity.

What is the Indonesian government’s plan? Support the coal sector by increasing local demand using a new technology called coal gasification, which converts solid coal into the liquid fuels methanol and dimethyl ether (DME), which can be used to replace imported liquefied petroleum gas (LPG).

“The Indonesian coal sector is attempting to safeguard its local market,” said Andri Prasetiyo, a program manager at a Jakarta-based NGO . “Coal gasification is becoming a topic of discussion as global coal demand declines.”

Gasification plans, according to coal industry supporters and supporters in the Indonesian government, will boost the economy by allowing more local energy to be used, as well as safeguarding employment and investment in the coal sector. Critics, on the other hand, have expressed worries about the coal-based technology’s environmental and climate implications, and have questioned the rationality of government expenditure on a project with doubtful commercial feasibility.

Major players and large investments are being drawn to coal gasification initiatives.

It’s not a new concept to turn coal into a liquid fuel. This technology, in fact, has been around for over a century. It was a major source of energy in Europe prior to World War II, but since the 1940s, petroleum and natural Gas have mostly supplanted it.

The worldwide coal business has only been promoting gasification since the Turn of the millennium, after coal energy output peaked in Europe and the United States. To yet, large-scale coal gasification has only existed in China, which is rich in coal but short on LPG, but even there, it has fallen out of favor due to high prices and growing environmental concerns. In addition, South Africa has a modest gasification sector that produces residential fuel.

Coal gasification initiatives in Indonesia are well advanced. PT Bukit Asam, a state-owned coal miner, aims to develop a gasification plant in 2023 or 2024, while PT Bumi Resources, the country’s largest private coal miner, proposes to invest more than $1 billion in a comparable facility. Air Products, a California-based company, announced in June that it would invest $2 billion in a “world-scale” coal project in Bengalon, East Kalimantan province, in collaboration with two other private coal giants: PT Bakrie Capital, which is part of the Bakrie Group, which also owns Bumi Resources, and PT Ithaca Resources.

It’s unclear how coal gasification plant emissions or waste will be controlled. Indonesia approved two major pieces of legislation in 2020, both of which had extractive industry-friendly provisions. With the Indonesian Coal Mining Association’s strong backing, a reform to the coal and mineral mining legislation was enacted in May. It makes it simpler for the mining sector to prolong licenses by quadrupling the maximum area of typical mining zones and allowing licences for mining in river and seabeds.

The most significant and positive development for proponents of gasification came in October, when the very contentious omnibus bill on job creation was passed. Regulations that abolished royalties for coal headed for downstream value-added domestic use — like gasification — were included alongside measures that weakened environmental impact evaluations, undermined land rights, and repealed an existing 30% minimum forest area requirement. The shift will result in lower income for both Jakarta and local governments, but it will benefit miners and save money for gasification facilities.

“It demonstrates the coal industry’s ability to sway public policy and legislation. “The mining and coal law, as well as the omnibus law, were effectively changed,” Prasetiyo stated. “It’s a fantastic strategy to assist the coal sector in surviving and profiting.”

There may be a lot more. Indonesia’s parliament is now discussing a new renewable energy law with the purpose of helping the country achieve its Paris Agreement goals by expanding alternative energy sources. But there’s a question about how “new” is defined. Prasetiyo stated, “Coal gasification is considered part of Modern energy.” “The debate is about coal gasification and nuclear power, not wind and solar.”

The debate over clean coal

These legislative reforms, together with the government’s strong support for coal gasification schemes, have created fears that Indonesia may become even more reliant on coal, resulting in higher greenhouse gas emissions and further landscape destruction in coal-mining districts.

Prasetiyo stated, “This coal gasification project is risky.” “It would make it more difficult for Indonesia to meet its Paris Agreement commitments, will provide no meaningful economic advantage, and will hurt the environment by increasing coal extraction.”

Coal supporters argue that the technology has progressed in recent years and that gasification should be regarded a “next generation clean coal technology” that reduces pollutants and greenhouse gas emissions.

“With present technology, gasification may fulfill the pollution standards of clean coal usage, even if there are more process steps for product purification than in petroleum or gas plants,” Reid added. He also expressed his desire to see this technology used at the Kalimantan plant.

Others are less certain that gasification can ever be made environmentally friendly. Even if the facility includes pollution control systems, the long route that coal must take from mine through gasification, and then all the downstream applications such as chemical plants and cars, creates various opportunities for leakage.

“The only way it would have zero climate impact would be if there was zero methane leakage from the coal mine, and there was carbon capture and sequestration everywhere the fuel is combusted, and that was 100 percent effective,” said Jonathan Buonocore, a Harvard T.H. Chan School of Public Health coal, climate, and public health expert.

Ghee Peh, an energy finance expert at the Institute for Energy Economics and Financial Analysis (IEEFA), a think tank located in the United States, concurred, claiming that the technology is fundamentally unclean.

“You’re crushing 4.5 tons of coal, putting pressure on it, and then burning it,” Peh explained. “How can that not have an effect on CO2 levels?” It’s just a terrible concept in terms of the environment.”

Economically, the idea might be prohibitively expensive, needing substantial government subsidies to make the gasification facilities viable, as well as investments to ensure that downstream chemical industries can take coal-based fuels in place of LPG. According to a recent study by the IEEFA, the Bukit Asam plant will lose US$377 million per year, resulting in customers paying more for less electricity. That’s in addition to the infrastructural expenditures.

“The amount of money they’re going to require is ridiculous,” Peh, who did the research, said. “The facility will cost $2 billion, plus another $1 billion to convert downstream plants, and the market will lose money every year after that.”

Peh said he would want to see an open debate based on economic and environmental realities regarding whether coal gasification is a viable energy source for Indonesia and whether government funds would be better spent supporting the country’s fledgling renewable energy sector.

“As a nation, Indonesia does not have to go down this road,” he remarked. “Its people are entitled to an open debate on all of these possibilities.”

Prasetiyo concurred, adding that there is a lot of potential to shift Indonesia’s energy future away from coal and toward a more decentralized, sustainable future.

“When coal prices fall, it should be the signal for the government to switch to renewable energy,” he added. “Rather than trying to secure the foreign market, they are attempting to protect the home market while coal is under pressure.”

At this point, however, the government and President Joko Widodo, who ordered an acceleration of the coal derivative business in October, appear to be focused on making an old energy new, rather than following neighbors India, China, Vietnam, and Thailand in turning to renewables.