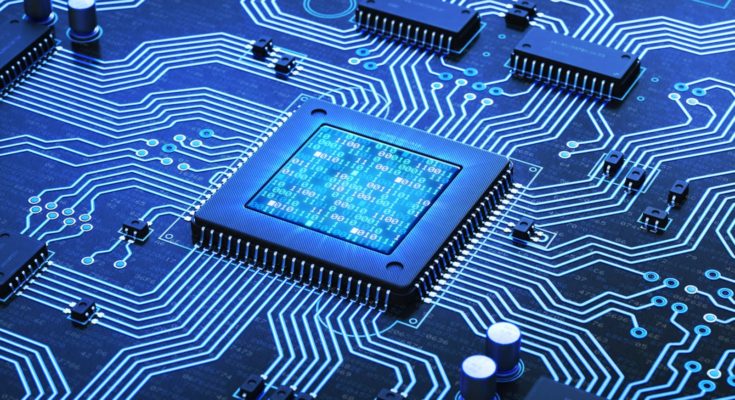 Due to a lack of semiconductor chips, automakers are forced to reduce output. What happened, and how did it affect them?

As normalcy is being restored, businesses throughout the world are rebounding and manufacturers are resuming production. Good days, on the other hand, appear to be a faraway dream for the car sector. Toyota, Nissan, and Ford, among other global automakers, have announced that they would miss their production objectives for 2021, while GM has said that its profitability will fall by $2 billion over the same year. On the other side, Maruti Suzuki, India’s largest carmaker, has announced a 60% reduction in output for September. Surprisingly, it is semiconductor chips, not COVID, that are to blame for the pandemonium.

What are semiconductor chips?

A semiconductor chip is a silicon circuit that may be found in practically any electronic equipment, including cars, computers, game consoles, refrigerators, and even washing machines. New amenities such as phoning, navigation, and others are being introduced to automobiles as automobile technology advances. As a result of all of this, demand for semiconductor chips for vehicles has increased.

What is the cause of the chip lack of supply?

Automobile manufacturers all throughout the world predicted a drop in demand at the start of the epidemic. As a result, when manufacturing was halted, these corporations opted to buy fewer semiconductor chips in order to reduce inventory costs. Despite taking the proper strategy in the face of travel limitations and the stay-at-home order, they were only effective for a short time.

During the pandemic-induced lockdown, on the other hand, individuals began updating their computers, laptops, phones, and other electronic equipment. According to The Verge, PC sales in the United States increased by 13%, while India’s laptop and tablet shipments increased by 119% and 52% YoY, respectively, in 2020. During this time, Sony released the PlayStation 5, a brand-new console that garnered a warm reaction and millions of orders. Graphics cards, which are utilized in gaming, graphics production, and crypto mining, have also seen a spike in demand.

Although semiconductor chip demand in the vehicle sector fell for a while, demand in all other industries increased. This eventually caused problems for vehicle manufacturers, who were unable to resume normal manufacturing due to a sudden shortage of semiconductor chips. Maruti Suzuki posted its lowest production volume in 21 quarters, while Mahindra & Mahindra said that their facility in September 2021 will be shut down for a week.

Why are there so few semiconductor companies?

Any product’s increased demand may be supplied if there is sufficient manufacturing capacity. However, manufacturing semiconductor chips is a difficult, time-consuming, and expensive process that acts as a barrier to entry for new players. Taiwan Semiconductor Manufacturing Company (TSMC), Intel, and Samsung are the only three main producers at the moment. Supply constraints were caused by a small number of producers and a rapid increase in demand.

While vehicle manufacturers are taking the brunt of the criticism, other businesses are also feeling the fire. According to the Daily Express UK, Sony will not be able to fulfill all of the PS5 orders until at least late 2021. Graphics-card makers have raised prices as a result of the supply shortage, causing PC and laptop prices to rise as well.

Is there a way out?

Because it is impossible to build up a fully functional factory right away, the only option is to wait. Many countries, particularly the United States and China, have resolved to reduce their future reliance on exports. We may witness recurrent supply shortages in this market until new companies arrive and respond to the increased demand.