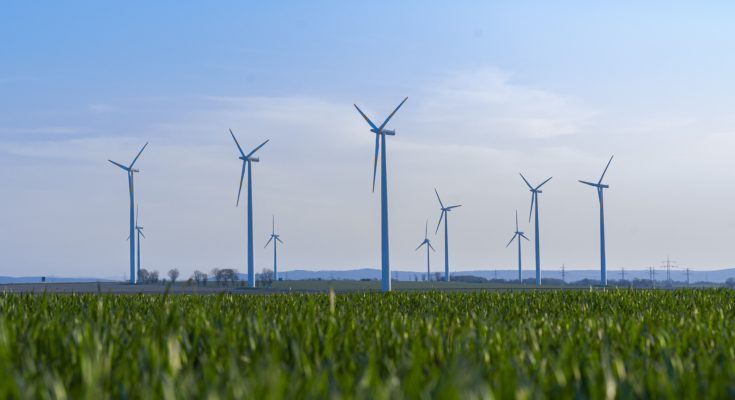 Renewables accounted for 40% of total Energy consumption, including wind energy, hydraulic energy, biomass, concentrated solar power, and photovoltaic. The national power demand for the month of January is expected to be 22,704 GWh, 5% less than in January 2021. When the impacts of the calendar and temperatures are considered, the result is 3.2 percent lower than in the same month the previous year.

According to the data available, combined cycle was the dominant generating technology in our nation in January, accounting for 24.6 percent of total generation, followed by wind power, which accounted for 22.1 percent of overall generation with a total production of 5,355 GWH. In terms of generation, nuclear (20.8 percent), cogeneration (8.9 percent), and hydroelectric (8.7 percent) came in third, fourth, and fifth, respectively.

Despite the limited hours of light available in January, photovoltaic solar, the sixth technology in the mix with 1,503 GWh, increased its output by 77.2 percent compared to the same month the previous year, accounting for 6.2 percent of total generation.

The peninsular electrical system’s demand for electricity declines by 5.6 percent. The demand for power in the peninsular system is expected to be 21,479 GWh this month, 5.6 percent less than in January 2021. When the impacts of the calendar and temperatures are considered, demand is 3.7% lower than in the same month the previous year.

According to statistics estimated to date, 41.4 percent of peninsular power was of renewable origin in January, with 63.2 percent coming from technologies that do not produce CO2 equivalent. Wind power has produced 5,293 GWh this month, accounting for 22.9 percent of total production, and is the dominant technology on the Peninsula, followed by combined cycle (22.7 percent) and nuclear (22.7 percent) (21.8 percent).

As is the case at the national level, the peninsular photovoltaic solar plant saw a significant increase in output in January, increasing by 78.6 percent compared to the same month in 2021, reaching 1,470 GWh, which is comparable to 6.4% of the Peninsula’s overall mix. In January, electricity demand declined by 1.2 percent in the Balearic Islands but grew by 11.8 percent in the Canary Islands.

The demand for electrical energy in the Balearic Islands is expected to be 465,306 MWh this month, 1.2 percent less than in January 2021. When the effects of the calendar and temperature are taken into account, demand rises by 0.8%.

The combined cycle was the first source of electricity generation in the Balearic Islands in January, accounting for 82.2 percent of total energy produced in the archipelago, followed by diesel engines (6.4 percent). This month, renewable energy that does not release CO2 equivalent generated in the Balearic community accounts for 5.7 percent of overall production.

Furthermore, the electricity generated by the submarine link between the Peninsula and Mallorca met 6.5 percent of the Balearic Islands’ electricity demand this month.

For its part, the demand for electrical energy in the Canary Islands is estimated to be 724,367 MWh, 11.8 percent higher than in January 2021. When the effects of the calendar and temperature are considered, the figure rises by 11.6 percent. In January, the combined cycle accounted for 50.5 percent of total power generation, while renewable and emission-free technologies accounted for 11.3 percent.