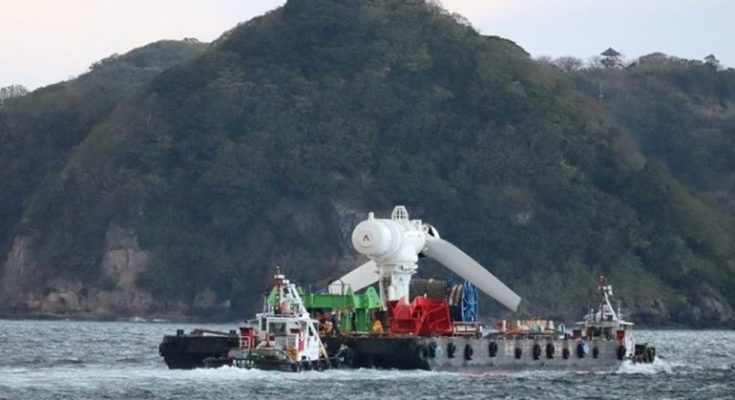 AR500 turbine has been recognised as an official power generation facility by the government [Image: Simec Atlantis]

The site, which features the AR500 tidal turbine, is now recognised as an official power generation facility.

The tests were undertaken by the Ministry of Economy, Trade and Industry (METI), which is a stakeholder in consenting renewable energy projects in Japan.
Some of the tests involved in the process included meeting the turbine’s stated performance characteristics during peak tidal flow conditions.

The facility also demonstrated the ability to shut down safely during the highest annual flow rates.

Simec Atlantis Energy chief executive Graham Reid said: “I am extremely proud of the entire team who worked tremendously hard to get the project to where it is today.

“We are all delighted to have achieved this accreditation from METI as this confirms the capability and reliability of our technology and is a huge step forward in paving the way to the next phase of this exciting project and other future projects in Japan.”

The Scottish built AR500 tidal turbine has been generating electricity since it was installed in January 2021, and has generated more than 90 megawatt-hours of power.