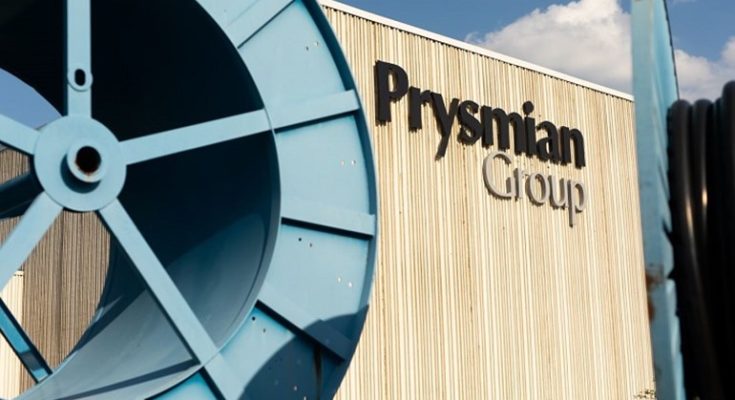 As of September 30, the project order book had surpassed €4 billion for the ‘first time ever.’

In the first nine months of 2021, Prysmian reported a 12 percent increase in adjusted earnings before interest, tax, depreciation, and amortization (EBITDA) to €725 million, compared to the same time last year.

Adjusted EBITDA for the projects segment, which includes offshore wind, was €124 million in the first nine months of 2020, compared to €130 million in the same period of 2020, with a sales ratio of 11.5 percent vs 12.3 percent.

According to Prysmian, the order book had surpassed €4 billion for the first time ever as of September 30, 2021.

Due to the acquisition of many significant projects, including the cabling of the Sofia, Gode Wind, and Borkum Riffgrund 3 offshore wind farms, the segment’s order intake has reached €2.3 billion year to date.

The €630 million project for cabling the Coastal Virginia Offshore Wind Farm, the largest submarine cable project ever granted in the United States, provided a significant boost in recent weeks, according to Prysmian.

“Driven by resuming volumes and the efficiency gained,” adjusted EBITDA for Prysmian’s energy segment increased to €423 million (€355 million for the same period in 2020).

According to Prysmian, the power distribution market in the energy segment has reverted to normal levels, following a decrease in the first two quarters of the year compared to the peak attained in 2020, which was fueled by the North American onshore wind industry.