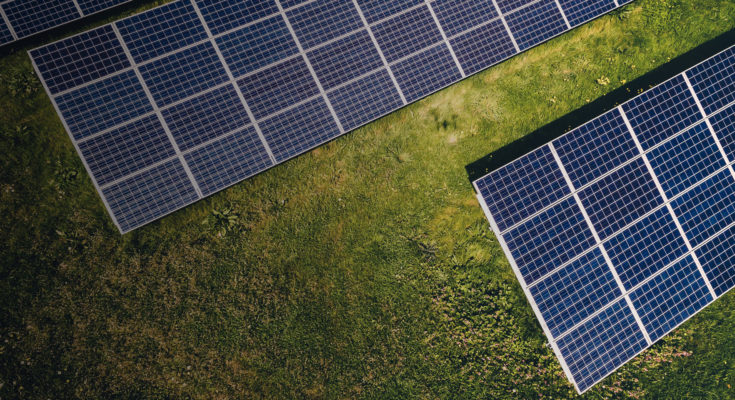 The US Department of Defense has awarded NDSU outstanding chemistry and biochemistry professor Philip Boudjouk, PhD, a $2.5 million grant. The funding will be used to finance research into the creation of novel materials capable of absorbing solar energy in low-light circumstances.

Humans have been harnessing the power of sunshine since the time of the Greeks, when mirrors were used to focus sunlight to light torches. But it wasn’t until 1954 that Bell Labs invented photovoltaic (PV) technology. Traditional PV cells are made up of a positive and negative layer of silicon sandwiched together. When solar energy strikes the layers, electrons travel between them, creating electricity. While the first cells could only claim a 4% efficiency, PV cell efficiency has now improved to around 15-20%.

Boudjouk, a Jordan A. Engberg distinguished professor and Chamber of Commerce distinguished professor, has spent nearly five decades studying the synthesis of silicon-containing chemicals. His research has resulted in semiconducting materials that may be employed as inks for printed electronics applications as well as innovative photovoltaic devices. He developed novel materials, such as the liquid precursor cyclohexasilane, which is now being utilized in the production of nontoxic silicon quantum dots, which are small nanoscale semiconductors that emit light when their electrons are exposed to UV radiation and offer enormous potential in medicine.

With this study, Boudjouk is breaking new ground once more. He intends to develop solar PV cells that can generate power from low-light conditions such as those present on overcast days and under water.

“NDSU has a long history of solar study,” he stated. “It’s part of our century-plus of researching new materials and coatings.”

The fundamental disadvantage of PV cells has been their reliance on direct, unfiltered sunlight to function at full performance. The United States Navy is interested in obtaining energy from the sun, according to Boudjouk, but they are aware that their operations do not always take place during the day or in ideal conditions, and, especially in the case of rescue operations, you cannot have someone’s life depend on ideal weather. Because there are no moving components, generating electricity from the sun is a low-cost energy source, and researchers hope to make it even more effective by making it available all of the time, including at night.

“Could we even harvest energy from moonlight?” says Boudjouk. Perhaps. Instead of solar energy, we’d have to name it ‘lunar energy!’

As a result, Boudjouk is once again entrusted with developing a brand-new substance with brand-new qualities in order to meet a demand. “This is an advanced degree of finding.” It’s always dangerous to develop new materials, but the benefits are enormous if you succeed.”

Boudjouk, like the outcomes of other research projects that begin with the military, emphasizes the influence his study may have on private sector. He says he searches for a sweet spot where military demands are addressed and there is a decent chance for commercialisation. This is a model he’s used several times throughout his stay at NDSU.

“I keep an eye on what industry is doing in order to understand their demands,” he explained. “Few organizations, particularly small ones, can afford to conduct this sort of fundamental research, but they are highly interested in it since they are attempting to tackle the same challenges.”

To be successful, Boudjouk has devised a two-year study plan that will necessitate the installation of specialized equipment and the training of experts in its usage. This technology will aid in the construction of what he refers to as complicated concoctions, or exceedingly exact and pure elemental combinations. The study will use robotic methods to run hundreds of experimental combinations at the same time, which will then be analyzed for purity down to the level of single atoms.

Boudjouk has begun to assemble a team of postdocs and undergraduate students to work in his lab with him. The NDSU R2 building will hold the lab space. The facility has both Class 100 and Class 10,000 bays, with a total filtration area of 12,000 square feet.

“R2 is such a fantastic facility, and it’s ideal for this type of study because of the cleanrooms’ electronics capabilities and the efficient architecture of the chemical laboratories,” he added. Senator John Hoeven of North Dakota obtained funding for the project.

“This grant builds on Dr. Boudjouk’s considerable work at NDSU and will bring significant advantages to boost the capabilities of our military assets and enhance our nation’s capacity to protect itself and its allies,” Senator Hoeven stated. “By creating more efficient solar cells, UAS and other assets will be able to operate for longer periods of time and in a wider range of situations.” Furthermore, this discovery has the potential to drastically cut the cost of creating these materials, allowing public monies to be used more efficiently.”

The Naval Research Lab (NRL) in Washington, D.C., is supplying expertise and equipment to the project. Boudjouk observes that this level of help is unfamiliar to him. “We have access to technology that NDSU does not have, as well as PhD-level NRL engineers, physicists, and chemists who are already undertaking crucial experiments alongside us.”

“Research such as this vital effort headed by professor Boudjouk contributes considerable increase to the government component of our research expenditures,” said Colleen Fitzgerald, PhD, NDSU vice president of research. “It also convincingly demonstrates how scientific discoveries in energy, a critical priority in the state of North Dakota, contribute to the state’s economic success and national security.”

Boudjouk wants to get some significant, conclusive data by the summer of 2022. But, considering that he’s been charged with manufacturing never-before-seen materials, he’s realistic in his expectations. “I have faith in the science; the experiments aren’t too tough.” “But we’ll have to wait and see if nature agrees with us,” he said.