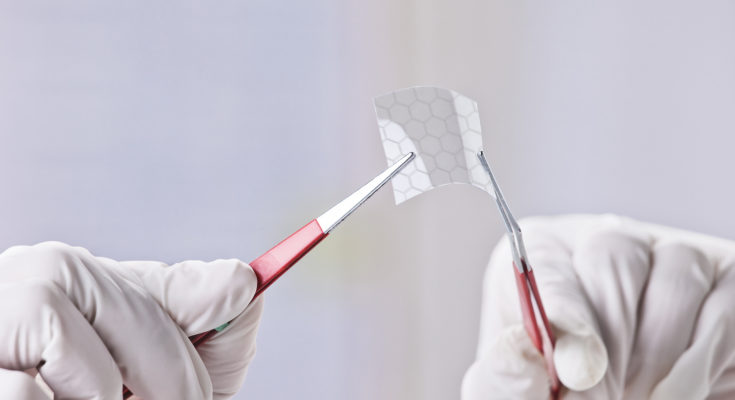 The Neutrino Energy Group cooperates with a worldwide team of scientists and various international research centers, which deal with application research, the conversion of invisible radiation spectra of the sun, among other things the neutrinos (high-energy particles, which ceaselessly reach the earth) into electric power.

According to the Neutrino Energy Group, contrary to popular opinion, photovoltaic cells can generate energy even in cloudy conditions. These types of energy-producing cells don’t operate based on heat, after all; solar panels are powered by the visible spectrum generated by the sun, and these solar rays reach us even when there’s a layer of cloud overhead.

During the winter months, large photovoltaic arrays must be pointed directly toward the sun to generate a usable amount of electricity. Most households don’t have the space to put such an array into action, and it generally isn’t possible to change the angle of roof-mounted solar panels.

While getting enough solar energy to cover a home’s electricity needs isn’t feasible for many homeowners, neutrinovoltaic technology presents a solution that never stops working. Instead of drawing energy from the visible spectrum of light, the neutrinovoltaic technology developed by the Neutrino Energy Group derives electrical energy from neutrinos, which are invisible particles that bombard the Earth in roughly equal numbers every moment of every day.

Neutrinovoltaic technology even harnesses the untapped power of electrosmog, which is the electromagnetic energy produced by manmade electronic devices. This revolutionary technology developed by the Neutrino Energy Group harvests a small amount of the kinetic energy of neutrinos as they pass through everything we see, and this kinetic energy is then transformed into electricity.

With CEO Holger Thorsten Schubart at the helm, the Neutrino Energy Group has devised a metamaterial composed of layers of ultra-thin graphene and silicon. When adhered to a metallic substrate, this material vibrates as it is struck by neutrinos. Since both vertical and horizontal vibrations are caused at the same time, a resonance is created that can then be converted into electrical energy.

Solar cells only operate when they are unblocked from the sun’s rays, which means that they can’t be stacked on top of each other. Neutrinovoltaic cells, however, don’t suffer from this design flaw, which means they can be stacked as high as you want with the bottom cells generating just as much electrical power as the cells on top.

Neutrino Energy Group points out that ground was broken in the field of neutrino power in 2015 when two independent scientists, Takaaki Kajita in Japan and Canadian Arthur McDonald, proved that neutrinos – tiny rays of cosmic particles that permeate almost everything in the universe – did in fact have mass. And, as Einstein’s Relativity Theory goes, e=mc2, or everything with mass also contains energy. For their discovery, the two scientists were each bestowed the prestigious Nobel Prize in Physics.

The next step, and one that Neutrino Energy has embarked on, was to develop what was previously thought to be impossible – harnessing that energy for power generation. In principle, harvesting neutrinos as an energy source is similar to that of a traditional photovoltaic (PV) solar cell. Neutrinos are not captured; instead a portion of their kinetic energy is taken and converted into electricity.

The Neutrino Power Cell is made of layers of silicon and carbon, which are applied to a metallic substrate with surgical precision so that when neutrinos hit them, it results in a resonance. Neutrino Energy discovered how to build such a cell that could convert the optimal level of resonance into resonating frequency on an electrical conductor, and then capture this energy. A crucial advantage is that the process requires no sunlight. For 24 hours a day and 365 days a year, Neutrino Power Cubes can transform portions of energy into power, anywhere in the world.

The new technology may help future generations meet their energy needs without requiring inefficient infrastructure, competition for scarce natural resources and environmental burden, which requires immediate action to stop it from becoming a climate catastrophe.

The Future of Neutrino Energy

Neutrinovoltaic energy even operates underground. While most types of radiation are stopped by soil and rock, neutrinos pass directly through the Earth, and only a few materials are known to stop the movement of these ethereal particles. Neutrinovoltaic cells are compact, and they can be deployed anywhere either on the surface of the Earth or underground. Therefore, this technology also prevents the destruction of natural scenery caused by solar cells and wind farms.

See also  Pumped hydro ‘can save £700m in system costs’

At present, neutrinovoltaic technology has been demonstrated to work in laboratory settings, and Schubart and his team at the Neutrino Energy Group are hard at work developing a consumer-grade product that will be useful in a variety of applications. At first, the Neutrino Energy Group expects that neutrinovoltaic energy will be used to power smartphones, laptops, pacemakers, and other small devices, but over time, it will be possible to scale up this energy technology to the point that it can cover the electrical needs of appliances and every other type of power-drawing device within a household.

Unlike photovoltaic technology, neutrino energy can operate even when the sun goes down. Therefore, a world in which neutrino-powered trucks and industrial equipment are commonplace isn’t as far off as we’d think. Neutrinos have passed through the endless darkness to reach us here on Earth, and now the Neutrino Energy Group believes that it’s time for us to use these ghostly particles to light up humanity’s future.