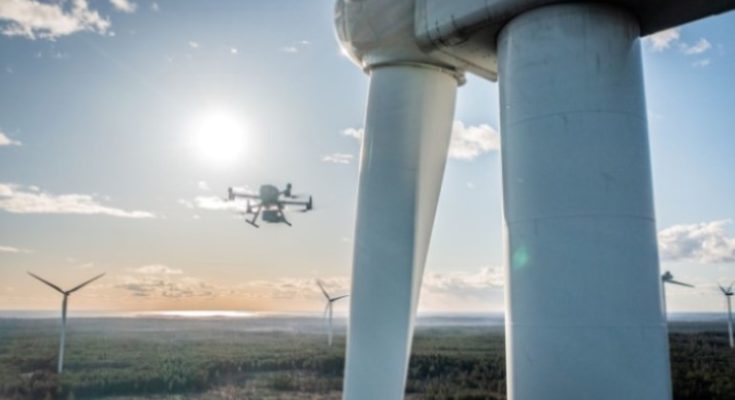 The smart data obtained during the inspection will provide Vestas with insights into the health of its fleet, allowing for improved planning and budgeting for blade repairs, as well as the identification of major defects and the tracking of damage development over time, according to Sulzer Schmid.

Vestas now has a global installed fleet of 75,000 turbines.

Vestas has teamed up with Sulzer Schmid for the third year in a row to conduct a large-scale European rotor blade inspection program.

Sulzer Schmid oversaw the inspection effort, which was carried out in collaboration with FairWind, FaroWind, and ROBUR.

The Swiss firm provides the inspection equipment and hardware, as well as campaign management and field inspection team training.

A total of 19 teams were deployed across the nations, with an average of 11 teams examining turbines at the same time.

This allowed up to 18 turbines to be inspected every day, encompassing 17 different types of turbines.

Even in the most remote regions, technical and logistical support guaranteed that the drones flew on time.

The photos and metadata taken by the autonomous drones were uploaded to Sulzer Schmid’s cloud-based 3DX Blade Platform, where they underwent an AI-assisted annotation process before being assessed by Vesta’s own blade expert team.

“They managed to mobilize inspection personnel and assist our engineers in delivering good reports with accurate, high-quality data within the stipulated timeframe under adverse conditions and with total devotion and speed.”

“We have a terrific working relationship with Vestas, and we’re incredibly delighted that we were granted the opportunity to deliver this project,” Sulzer Schmid CEO Tom Sulzer said.

“This has been our largest-ever inspection campaign, and we’re building up a priceless data goldmine for our customer as we audit some fleets for the third time.”