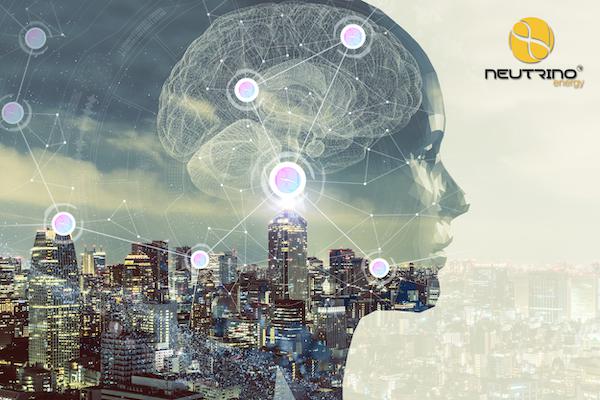 We live in the “Homo Electricus” era, in which a world without electricity is unthinkable. Almost every aspect of daily life relies on the energy provided by the wall socket. Another fascinating aspect is the science within: researchers have been working on a groundbreaking new technology that will revolutionize the world’s energy supply in the near future. So-called neutrino energy harvesting systems will take the role of traditional rechargeable batteries in the near future. They’ll be able to power any electrical gadget, which is a unique characteristic. It’s time for “the perfect electricity,” as stated by CEO Holger Thorsten Schubart of the Neutrino Energy Group.

Neutrino energy harvesting systems will definitely define the future, although the main focus at the beginning will be on powering small devices, sensors and microcontrollers. Sales of semiconductors for neutrino harvesting systems alone are forecast to generate revenues of several billion U.S. dollars. This was the result of a study by Semico Research.

The basic principle is simple: Energy can be harvested from various sources such as radio waves, vibrations, heat or light

These can be natural or artificial sources. They are converted into electric current with the help of a converter. Such a converter can be photovoltaic cells as well as thermoelectric generators or micro-vibration of the Neutrinovoltaic technology.

Furthermore, a rectifier and circuits are needed for optimal energy conversion. The Energy Harvesting Systems and also the Neutrino Power Cubes take energy directly from the environment and convert it into electric current. They can already be used for all devices with a low power requirement, such as sensors or light-emitting diodes. In the near future, such systems should be able to supply power to any electrical device, because the new technology is scalable depending on requirements, just like photovoltaics.

The problem so far has been the challenge of maintaining a constant power supply while maximizing efficiency. Until now, devices with the lowest possible energy requirements were considered for this purpose. Over the past few years, energy-saving modes have been improved in this respect. Also of importance: power consumption must also be minimized outside of immediate use. In particular, the idle power consumption of the devices is important and should be as low as possible.

Of course, rechargeable batteries will continue to be used in order to cushion energy peaks outside of idle phases. The goal, however, is that neutrino energy harvesting systems will eventually replace rechargeable batteries altogether. Electrical devices with low current, low starting voltage and high integration capability will soon be able to benefit from this system. These include, for example, all the latest generation of cell phones.

The developers of the technical devices perform precise analyses to balance the energy generated by neutrino cells with the power demand. Depending on the prevailing conditions, software or hardware control options may be considered. The voltage of such a cell varies depending on the load current. The long-term goal is to soon be able to replace batteries completely with such systems.

Research and work is being carried out worldwide on new processes and technologies in the field of energy management. Electrical appliances of the future will consume less and less electricity. As a result, the importance of neutrino energy cells (energy harvesting) will increase rapidly. But how exactly can they be used? Electric cars have recently played a large role. Unfortunately, charging times are still quite long; a major drawback. With the help of Neutrinovoltaic technology, only other power sources are used, all of which are built into the body of the electric vehicle and draw their energy from the environment. This development is not a utopia, but is already being researched.

The most important thing in our development is the nanomaterial with a total thickness of 10-20 nanometres that we were able to produce. It consists of alternating layers of graphene and doped silicon applied to one side of a metal foil that forms an electrogenerating plate. The side of the foil with the nanomaterial applied is the positive pole and the other side of the foil is the negative pole. This allows electro-generating plates to be placed on top of each other and the “stack” of such plates can be connected in series by pressing them together to form a power cell.

The Neutrino Power Cube can consist of one or more cells connected in series and/or parallel. This depends on the requirements of the individual customer. It is necessary to emphasise that one of the main advantages of the Neutrino Power Cube is its compactness; currently, 1 m3 of densely packed nanomaterial mathematically delivers about 36 kW at a room temperature of 23.7°C.

In fact, the electrons in graphene feel an equal force between them, which means that any incoming energy dissipates the electrons in all directions, symmetrically. We have spent a long time trying to figure out what it takes to create direct current. Such a nanomaterial must be free of impurities so that the electrons can flow in the nanomaterial without scattering irregularities in it. Graphene, we have found, is the ideal material for

this. We concluded, and this effect mechanism is demonstrated simultaneously by Hiroki Isobe of the MIT Materials Research Laboratory, that when relatively pure graphene is used with additional doping of the nanomaterial, the incoming electromagnetic radiation and neutrino current causes a distortion in one direction, i.e. breaks the internal symmetry of the material, which physicists call “inversion”. The overall effect was what physicists call “oblique scattering”, where clouds of electrons deflect their motion in the same direction. If there were too many impurities in graphene, they would act as obstacles for electron clouds, forcing them to scatter in all directions instead of moving as one.

When electricity was first discovered, another 100 years passed before it could be used economically

Among other things, the electrodynamic principle developed by Siemens, which was based on generators, became well-known. They were capable of converting kinetic energy into electrical energy and were therefore considered a milestone in industrial development. Today, it is the electric cars whose development continues to progress. Since 2021, the realization of the so-called „Car Pi“ electric vehicle is in full swing and is being researched and developed jointly by Germany and India. Its peculiarity is that it does not draw its energy from the charging station like all other electric cars, but simply directly from the environment with Neutrinovoltaic, making it absolutely independent of electricity drawn from the combustion of fossil fuels.

Today we are in the age of Homo Electricus

A new age has already been created with solar technology, i.e. the use of radiation. In the meantime, researchers have also discovered radiation in the non-visible range, thus preparing the converters for production. Both technologies are capable of setting electrons in motion in a material prepared for this purpose; an energy conversion without a generator, in other words. This could revolutionize the energy supply of the entire world. The first neutrino energy cells, also known as neutrino power cubes, are the step into a new electrical age that does not require the use of fossil fuels. The Car Pi electric car takes advantage of just that. This news of the development of such an electric car was announced at the International Conference on Multifunctional Electronic Materials and Processing (MEMP 2021) in India. Computer scientist Dr. Vijay Pandurang Bhatkar, Rector of India’s Nalanda University, officially announced the signing of a Memorandum of Cooperation (MoC) at this conference. Vijay Pandurang Bhatkar is a world-renowned developer of India’s government high-performance computing program and creator of the PARAM supercomputer. The memorandum seeks to establish a partnership between one of the world’s leading electronic materials research and development centers, India’s C-MET Science Centre, and Neutrino Energy Group. This German-American company, headquartered in Berlin, has developed technology to convert energy from the environment into electricity. “This new, unique smart alliance could set in motion revolutionary processes in the field of energy generation and automotive technology,” suggests Holger Thorsten Schubart, CEO of Neutrino Energy Group.

Financial support for the project comes primarily from the government of India. The memorandum is the basis for all resources to develop the Car Pi

The scientists will work together in the areas of materials science, electronic and 2D materials, neutrino energy conversion, and applied device development. A budget of $2.5 billion, the equivalent of 2.12 billion euros, is available to implement the project.

Shri Sanjay Dhotre, Minister of State for Education, Communications, Electronics and Information Technology, Government of India, stated at MEMP 2021 that the coming together of today’s best scientists will revolutionize the energy sector worldwide. For that reason, support from the Indian government can be firmly counted on. The joint project is expected to both solve the countries’ energy problems.

As electronic materials are the heart of all electronic devices and determine their functionality to a large extent, India guarantees substantial financial support for the development of new and innovative materials. The memorandum team also includes Dr. Bharat Bhanudas Kale, co-founder and director of the Centre for Materials for Electronic Technology (C-MET), Fellow of the Royal Society of Chemistry in London. He emphasized that the memorandum is of essential importance to the global community in the field of energy and materials.

“Despite the technology base already proven and tested in the lab, there is still a long way to go before the first Car Pi is on the road.” This is Thorsten Schubart’s current statement. This means that the development of the self-charging Car Pi requires further research. However, a self-charging electric car will then undoubtedly be a groundbreaking milestone in the history of automotive engineering to date.