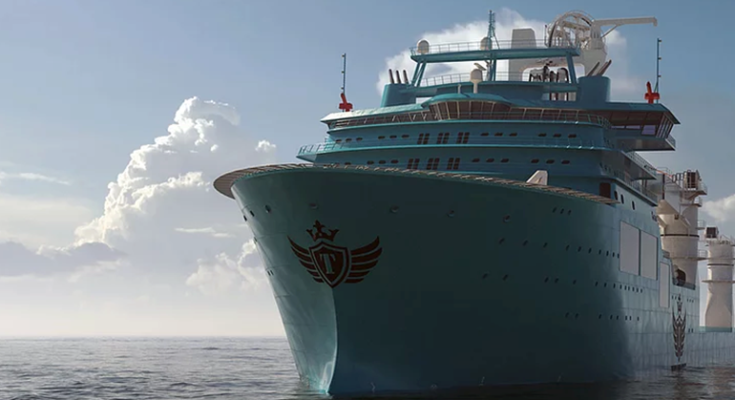 London-listed fabricator Infrastrata has said it has set aside a letter of intent with Triumph Subsea for the fabrication of a £360m floating offshore wind installation vessel.

The UK-based firm announced the decision on the agreement, made in December 2020, to the London Stock Exchange on Wednesday.

In its statement the company said the letter of intent had been “set aside for the time being” citing that it “does not have a high enough level of confidence” in the project to proceed.
Instead, the company said it has chosen to “prioritise” projects that have the “highest probability of success”, the statement read.

Triumph then confirmed it had “formally cancelled” the LoI for construction of the 200-metre vessel at Infrastrata’s Harland & Wolff yard in Belfast.