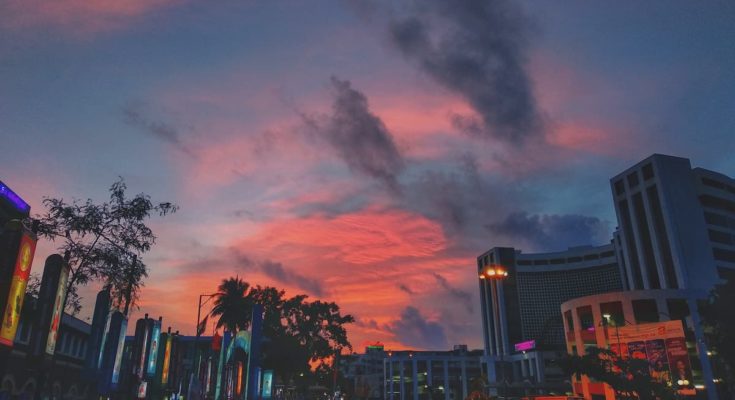 Rajasthan Congress chief Govind Singh Dotasra on Saturday said his state government will give treatment to RSS leader Nimbaram, who has been named in an FIR lodged by the Anti-Corruption Bureau in a bribery case. The corrupt leaders of the RSS will also get treated by our government, PCC chief Dotasra told reporters here after a dharna against rising inflation and fuel price hike.

Rajasthan Congress chief Govind Singh Dotasra on Saturday said his state government will give ”treatment” to RSS leader Nimbaram, who has been named in an FIR lodged by the Anti-Corruption Bureau in a bribery case. By saying ”treatment”, he apparently meant action against the RSS leader, who is one of the four accused named in the FIR registered last month in connection with alleged demand for Rs 20 crore as ”commission” from BVG, a waste management firm engaged in door-to-door garbage collection here.

”It was our government which did the treatment of (convicted godman) Asaram Bapu. He was arrested. The corrupt leaders of the RSS will also get treated by our government,” PCC chief Dotasra told reporters here after a dharna against rising inflation and fuel price hike. The ACB has so far arrested two people, including the husband of suspended mayor of Jaipur Greater Municipal Corporation Somya Gurjar, in the graft case.

Rajaram, husband of Somya Gurjar, and BVG official Omkar Sapre were arrested by the ACB after registering a case on the basis of a video that surfaced on social media. While Rajaram and Sapre are seen engaged in a conversation regarding the commission in lieu of getting the company’s dues released from the corporation, Nimbaram is seen sitting with them.

Apart from these three persons, the fourth accused named in the FIR is another official of BVG. Dotasra also launched a scathing attack on Prime Minister Narendra Modi, saying he has ”committed grave sins and he will not be able to get peace even in the Himalaya.” ”He had said he will pick up his ‘jholi’ and leave but he will not get peace of mind even in the Himalayas now because he has committed many sins through wrong policies that have made people suffer,” he said.

Dotasra said people do not like to see Modi on TV because he never talks about the issues faced by the people, be it inflation or unemployment. ”He says his ‘Mann ki Baat’ but he has never spoken about inflation, unemployment and issues of farmers. The government is not listening to the voice of the people but our workers will go to villages and campaign against the central government,” he said.

Dotasra led a protest march from PCC headquarters to Shahid Smarak where a dharna was held.

The party leaders and workers demanded from the Centre to check price rise and withdraw the hike in fuel rates.

Dotasra said the Congress will continue to mount pressure on the central government if the rising inflation is not controlled. ”The Congress is in power in Rajasthan, yet we are demonstrating. It is because the Modi government came to power by making false promises on the issue of inflation, foreign policy, etc. but it failed on every front and people are suffering badly, said Dotasra while addressing the dharna. He said inflation is skyrocketing but the Modi government is not bothered.

”We will make the Modi government wake up and bow down,” the education minister said. Transport Minister Pratap Singh Khachariyawas said people will blacken the faces of BJP leaders if the hike in fuel and LPG prices is not withdrawn.

”It is shameful that the Modi government continued increasing petrol, diesel and LPG prices at a time when people of the country are facing hardships due to coronavirus pandemic,” Khachariyawas said while addressing the dharna. He said all 25 parliamentary seats in Rajasthan were won by the BJP in the Lok Sabha elections but all its MPs failed to get the state even one metric tonne of medical oxygen during the peak of the pandemic.

Energy Minister BD Kalla suggested that Congress party workers should write and send postcards to people about the issue of inflation.