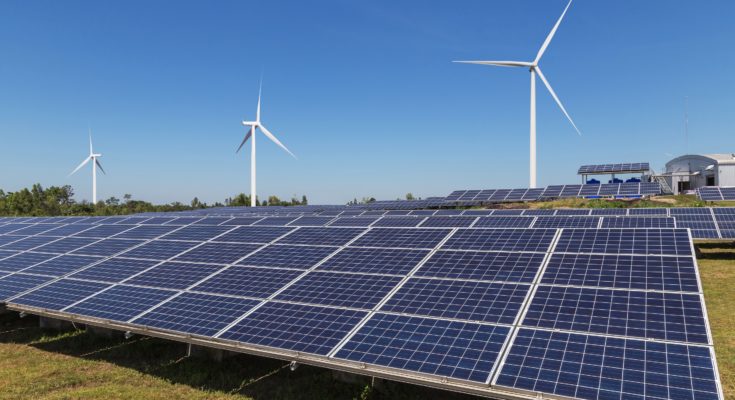 Two separate renewable energy facilities—a wind farm producing 210 MW and a solar facility producing 107 MW—have been combined to provide the 317 MW overall capacity of the project. When fully operational, the facility will create enough renewable energy to supply 180,ooo homes with electricity and save 400,ooo tonnes of CO2 from entering the atmosphere annually. Following Iberdrola’s registration in the National Electricity Market Registry with the Australian Energy Market Operator, the company has begun commissioning the Port Augusta wind-solar hybrid project in Australia. This renewable project in South Australia has cost around A$500 million to build and utilizes both wind and solar electricity to produce a total of 210 MW.

The project is the biggest wind-solar hybrid farm in the southern hemisphere, featuring 50 wind turbines and 250,000 sun panels. The plant will create enough renewable energy to meet the needs of 180,000 Australian families and prevent the release of 400,000 tons of CO2 into the atmosphere annually. Now that the solar modules have been commissioned, the project has entered the generating phase in its entirety. This is in addition to the wind power portion of the installation, which began initial testing to export electricity to the grid in April of this year.

The construction of the project employed 200 people, and it utilized the services of businesses from all over the world, including those in Spain. To be more specific, the Spanish firm Elecnor constructed the plant’s substation, transmission line, storage sites, and access roads. The wind farm’s 50 Vestas turbines each generate 4.2 MW, while the photovoltaic plant’s solar panels were provided by Longi and erected by Sterling&Wilson. South Australia has lofty goals, including using only renewable energy by 2030, and the commissioning of Port Augusta will be a major step in the right direction. The power plant will not only aid in decarbonization, but will also lower electricity costs for consumers and promote energy independence. With a conventional combined cycle, about 155 million cubic meters of gas per year would be needed to produce the same amount of power as Port Augusta will produce.

Iberdrola is devoted to the growth of the Australian energy market. To attain its goal of 4,000 MW of renewable energy in the coming years, the business expects to make a significant investment of up to 3 billion euros in the country. Iberdrola has committed to investing more than A$1 billion (about €700 million) in new renewable growth projects like the Flyers Creek wind farm in central New South Wales and the Avonlie solar farm in south-western New South Wales. Autonomous Energy offers tailored energy products to commercial and industrial businesses. The firm also acquired the rights to the world’s largest wind farm at Mount James, with 1,000 MW, and the 360 MW Broadsound solar power station in Queensland. These funding will enable Iberdrola consolidate renewable energies as the country’s main energy transformation vector, since the company has over 2,000 MW in development projects.

Australia’s energy industry is undergoing a dramatic shift from a centralized generation system reliant on major fossil fuel facilities (coal and gas) to a system of distributed generation, predominantly wind and solar power. The Iberdrola Group was an early adopter of a sustainable growth strategy that prioritized the electrification of the economy via investment in renewable energies, electrical infrastructure, and energy storage. Thanks to this foresight, the company has become a frontrunner in the energy transition towards a low-emission economy and energy self-sufficiency, with about 39,000 MW of renewable power deployed across the globe.