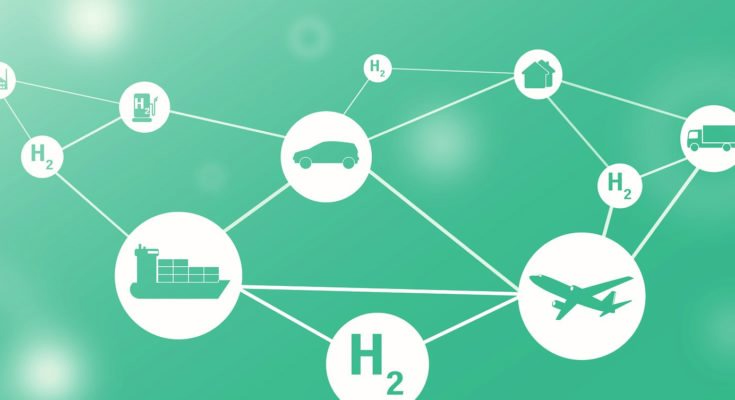 A new study describes how hydrogen will change the global energy market. Which players will be among the winners

The International Renewable Energy Agency (IRENA) estimates that hydrogen will cover around twelve percent of global energy consumption by 2050 and be responsible for ten percent of the reduction in greenhouse gas emissions. At least two-thirds of the hydrogen will then be produced “green,” using electricity from renewable sources. One third will come from “blue” production, i.e., from natural gas with capture and storage of the resulting carbon dioxide.

The agency expects this development to bring about major changes in the global energy market, creating new players, trade relationships and transport networks. Over the next nearly 30 years, nearly eleven trillion euros will be invested in building the entire value chain, IRENA said in its study published a few days ago.

According to the experts, demand for hydrogen will not pick up noticeably until the 2030s; the 2020s will probably still be dominated by the race for technology leadership and the expansion of infrastructure. In contrast to the production of oil, there is likely to be much stronger competition with more players, according to the study. This is currently also reflected in the development of typical hydrogen stocks such as Nel Asa or Plug Power: After strong hype at the beginning of 2021, prices have fallen back sharply as many investors have realized that significant profits are still a long way off and at the same time competition is increasing.

It may therefore be worthwhile for investors to take a closer look at their raw material suppliers instead of fuel cell and electrolyzer suppliers. According to IRENA, the capacity of plants that split water into hydrogen and oxygen using electricity needs to be increased globally from the current 0.3 to 5,000 gigawatts. Various raw materials are needed for the electrodes of the electrolysers: rare earths, nickel, cobalt, but above all platinum.

Investors willing to take risks can therefore also play the hydrogen theme via the shares of platinum producers. Among the largest are Anglo American Platinum  and Impala Platinum. These commodity stocks are admittedly susceptible to fluctuations, just like pure hydrogen stocks. Unlike the hype companies, however, they have real profits to show and also distribute these quite generously to shareholders: Anglo American Platinum’s dividend yield is currently around seven percent, Impala’s around ten percent.