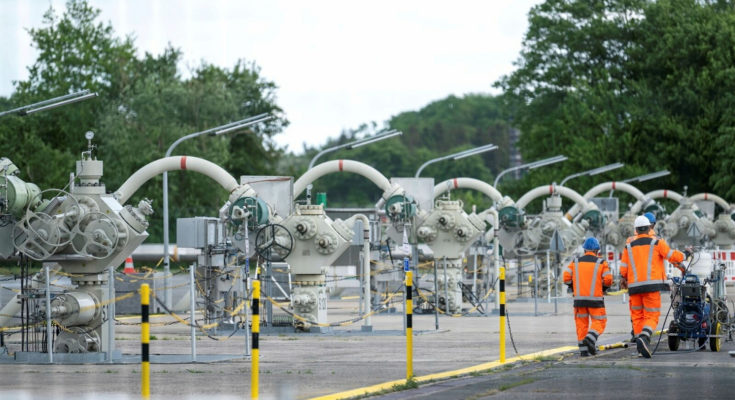 Germany announced on Monday that it intended to quickly put into action a 96-billion-euro ($93 billion) plan to relieve consumer pressure from skyrocketing gas prices after receiving warnings that the supply situation going into winter remained severe even with full reserves. Berlin stated that it was trying to implement the commission’s recommendations to offer homes and small and medium-sized businesses a one-time payment equivalent to one month’s gas bill this year and a system to regulate prices beginning in March.

According to Michael Vassiliadis, leader of the union IG BCE and one of the commission’s specialists, “the supply situation remains tense despite the filled storage facilities,” adding that the panel anticipated their strategy would reduce inflation. If approved, a 200-billion-euro relief package would pay for the plan. The administration of Chancellor Olaf Scholz made an announcement last month to lessen the effects of energy prices on the biggest economy in Europe. According to experts, this economy has to cut consumption by a fifth to get through the winter and beyond without resorting to rationing.

German inflation rose to 10.9 percent in September, the highest level in more than 25 years, spurred by increasing energy prices that have increased pressure on Scholz to solve a cost-of-living crisis made worse by Russia’s conflict Ukraine. The prospect of financial assistance sent shares of Germany’s energy-intensive companies soaring. Covestro, BASF, Heidelberg Materials, Lanxess, and Thyssenkrupp all saw gains of 4–7%.

The European Union has been putting together a number of initiatives to deal with the falling supplies from Russia, which once provided 40% of Europe’s needs, and the skyrocketing price of gas, though Germany has come under fire for pushing ahead with plans that the less wealthy EU members cannot match. A second phase of Germany’s plan would reduce the cost of gas to 12 cents on an 80 percent consumption basis from March through the end of April 2024. From January 2023, a seven-cent price brake will be applied to the procurement price for major industrial customers.

According to experts, the benefit of a one-time payment is that it offers quick assistance. The drawback is that it does not promote conserving energy. According to calculations by comparison website Verivox, the brake proposal would result in a 41 percent decrease in family gas expenses. Thorsten Storck, an energy specialist at Verivox, stated that despite this, “households are facing an extremely expensive winter because the majority of the relief will not take effect until next March.” The plan was approved by the VCI Chemical Industry Association. In a statement, VCI Managing Director Wolfgang Grosse Entrup called for an electricity price brake and stated, “The gas price brake is a very important first step that gives many enterprises back some hope that they can survive the crisis.”

See also  NEUTRINO ENERGY - Energy-efficient and sustainable into the future