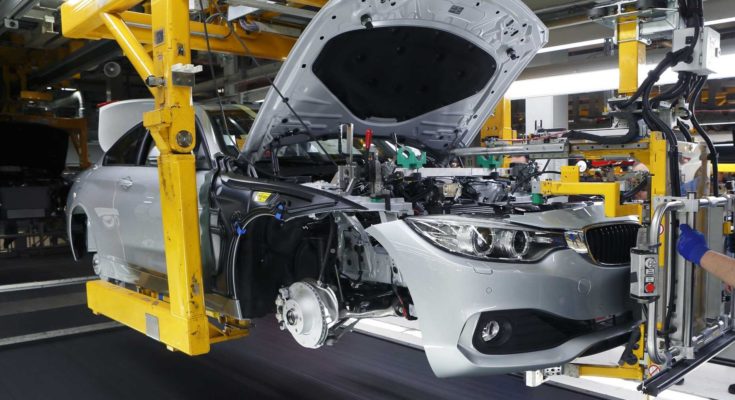 Mercedes, BMW, and Volkswagen are looking for alternatives to fossil fuels as gas and oil prices skyrocket amid the fear of a Russian oil and gas embargo.

It is becoming clearer that Germany’s most vital business is heavily dependent on fossil fuels, according to a study of environmental statistics. When the transportation sector accounts for 30 percent of Germany’s total energy usage, it’s clear that the car industry has a long way to go before it can completely shift to electric vehicles.

German industry, which consumes another 30 percent of the country’s energy, is under increasing pressure to move away from fossil fuels as tools like carbon offsets and renewable energy certificates are no longer sufficient to meet the new goal of energy independence due to the conflict between Russia and Ukraine and rising gas prices.

According to CDP statistics, the world’s biggest archive of environmental data, more over half of the energy used by automakers came from fossil fuels, with natural gas accounting for the largest chunk. While automobile businesses actively have their own renewable energy generators on-site, the figures show that they only cover a tiny portion of their worldwide energy need – approximately 1% for Volkswagen and considerably less for Mercedes-Benz and BMW.

According to the company, Mercedes’ most energy-efficient facility in Sindelfingen, near Stuttgart, gets 30% of its electricity from rooftop solar panels. In early April, the manufacturer said that renewables now supply 45 percent to 50 percent of its energy demands, with a goal of meeting 15 percent via on-site renewable power generators by 2030.

BMW’s Leipzig facility in Germany produces 20% of its energy requirements from four on-site wind turbines. The factory produces both full-electric and combustion-engine vehicles, such as the i3 full-electric hatchback and the 2 Series Gran Coupe. BMW refused to reveal how much of its overall energy usage in Germany is produced on- or off-site, but a representative claimed it was insufficient to meet the automaker’s demands if the gas was turned off.

Tesla’s new factory in Gruenheide, near Berlin, includes solar panels on the roof, but a spokesman did not reply to a request for information on the capacity of the panels or if the building has any additional sustainable energy sources.

“They play an essential role in reminding people that there is still a lot of work to be done,” remarked Mooldijk.

According to data from Germany’s environmental office, half of the country’s industrial energy use in 2020 will come from gas or coal, with Russia supplying a large portion of it. Bosch, the world’s biggest car supplier, fulfils just around 1% of its global energy demands via on-site renewable energy generation, with the majority coming from solar panels in India. According to a spokeswoman, the goal is to increase this to 5% by 2030.

BMW said in its CDP questionnaire replies that 39.5 percent of its worldwide energy usage was derived from renewable sources, mostly from electricity bought on the open market.

On the other hand, BMW obtains more than half of its renewable energy using so-called “unbundled energy certificates” that are made available by renewable power producers. The automaker may use this information to signal to the market the need for renewable energy, which should stimulate additional capacity investment. However, it does not indicate that renewable energy is really flowing into the carmaker’s manufacturing facilities.

Furthermore, a glut of certificates from decades-old European hydropower facilities means that selling them does not always stimulate new investment, according to energy analyst Christoph Riechmann of consultancy Frontier Economics.

“The entire issue would be less troublesome if trading in green energy certificates didn’t seem like a revolving trade… this problem can’t be avoided until all consumers have information on the origin of the power they purchase, allowing them to make a deliberate decision,” Riechmann said.

BMW said that it was seeking to stimulate the development of new facilities via direct contracts with suppliers, and that it was investigating ways to boost the share of energy sourced on-site. The manufacturer claims that its new facility in Debrecen, Hungary, where production of the New Class all-electric vehicle will begin in 2025, would be the world’s first to totally eliminate the use of fossil energy sources in its manufacturing operations.

A major portion of the plant’s power will be produced on-site. BMW stated in a statement that the remaining would be provided by 100 percent renewables, the great majority of which will originate from regional sources. In order to transition away from fossil fuels, manufacturers must develop alternatives for heating production halls and paint shops, which are now heated predominantly with gas.

Along with looking for other energy sources, Mercedes is attempting to minimize its need for heat by keeping production halls colder, according to finance director Harald Wilhelm during earnings call earlier this week. According to the Carbon Disclosure Project statistics, just 12 to 13 percent of the heating utilized by the three big automakers is produced from renewable sources.

According to Albert Waas, an automotive specialist and partner at Boston Consulting Group, some manufacturers, such as Porsche and Audi, use combined heat and power plants, which generate heat by burning biomass waste. However, there is often insufficient biomass to do so on a large scale, which is a problem in developing countries.

The CAR PI – The Future of Electric Mobility Electric automobiles are being pushed to be purchased by customers all around the world under the guise that they are better for the environment. While electric cars have the potential to cut emissions, charging electric car batteries using traditional electrical grids, which predominantly utilize coal to produce electricity, has the potential to exacerbate the issue created by fossil fuel emissions.

However, recent events have brought us a new solution: a car unlike any other, one that produces its own energy, making it the first of its kind. To this end, Dr. Bharat Bhanudas Kale of Pune, Maharashtra, was recently welcomed to be a part of Neutrino Energy Group’s Car Pi project. Dr. Bharat Bhanudas Kale is one of India’s most prominent research scientists in some of the world’s most significant scientific fields, with over 20 patents to his name, more than 250 international journal publications, and nearly 30 years of experience in sustainable energy and nanomaterial technologies. He is a founding member of the Pune-based Centre for Materials for Electronics Technology (C-MET).

Dr. Kale’s significant experience in sustainable energy technologies made him an excellent choice for the Neutrino Energy Group, but it was his extra expertise in innovative nanomaterials that clinched the deal. The Neutrino Energy Group has been working on developing a brand-new method of consumer conveyance that uses neutrinos and other non-visible radiations rather than coal-generated electricity or fossil fuels for quite some time, and Dr. Kale’s research into metamaterials made him the ideal scientist to bring this project to fruition.

With the help of neutrinos and other non-visible radiation, this remarkable vehicle generates its own energy, making it the world’s first automobile that does not require recharging at a conventional charging station, instead pulling what it requires to circulate eternally, whether driving or simply sitting motionless. Through the use of special nanomaterials such as doped graphene mixed with Kevlar and carbon fiber to create special cells that capture the passage of neutrinos and other non-visible radiation, causing a subatomic oscillation, the CAR PI obtains a resource for its operation from an element of infinite availability that is also environmentally friendly and sustainable, and thus contributes to the transition away from fossil fuels and toward clean and consistent energy sources. CAR PI is the world’s first completely environmentally friendly and self-sufficient automobile, thanks to the application of neutrinovoltaic technology.