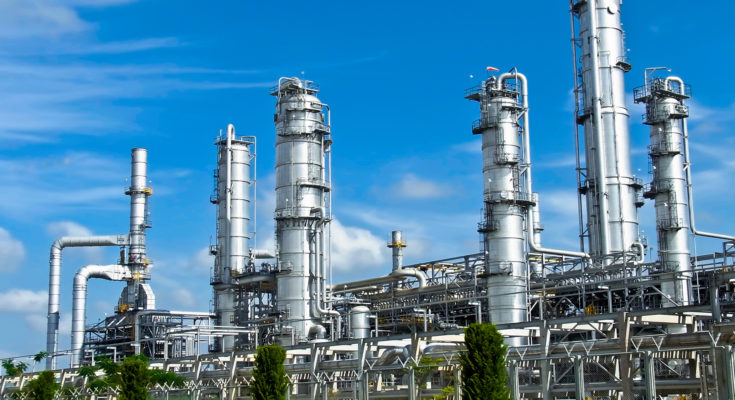 Renewable energy might help fill the gap left by European countries weaning themselves off of Russian gas, but there is still a question about how to store it. Could new ideas be of assistance?

Companies are rushing to discover innovative new methods to store renewable energy as European countries attempt to wean themselves off of their reliance on fossil fuels. Some of these options include pumping compressed air into caverns and dropping weights down abandoned mine shafts.

As nations transition to using more clean power from wind turbines and solar panels, which do not provide round-the-clock supplies, analysts say it is essential to expand storage in order to ensure a consistent supply of electricity.

However, the most widely utilized methods today, such as storing energy in hydropower reservoirs or lithium batteries, have limitations ranging from environmental effect to limited lifetime, resulting in an increasing quest for alternatives. These might grow in significance as the crisis between Russia and Ukraine raises concerns throughout Europe about gas supply and rising costs, prompting demands and preparations for a more rapid shift to renewable energy.

In May, the European Commission presented a 210-billion-euro strategy to wean Europe off Russian fossil resources. In addition, it suggested a legally enforceable objective of obtaining 45 percent of EU energy from renewable sources by 2030, up from the present target of 40 percent. However, as governments across the globe rush to construct more renewable energy plants to fulfill global climate objectives, green energy storage capacity has lagged behind, according to industry analysts.

Patrick Clerens, chairman of the European Association for the Storage of Energy (EASE), an industry association, said that the European Union must more than treble its storage capacity by 2030 to effectively fund its green transformation. This will need the installation of around 14 gigawatts (GW) of storage every year for the following eight years, up from the roughly 1 GW of new capacity installed in 2021, he added.

“It’s a tremendous effort,” Clerens remarked in a phone interview. “We will need whatever available storage technology.”

To meet the Paris Agreement’s aim of reducing carbon emissions to zero by 2050, it is critical to rapidly increase the amount of carbon storage available. Global energy storage capacity, according to the International Energy Agency’s estimates from last year, would have to increase 35-fold during the next decade.

Clerens said that the situation between Russia and Ukraine has increased urgency. At times when renewable energy output is limited, European nations rely on gas-fired generation to keep the lights on. Prices are rising and supply are being curtailed as a retaliation for sanctions by Russia, which generally provides roughly 40% of the EU’s gas.

Investing in renewables with storage could help reduce such risks—but most governments have turned instead to more fossil fuels to replace Russian gas supplies. Nonetheless, there is still hope.

Even though it’s hard to persuade most people, there is an incredible, new, one-of-a-kind renewable energy source out there that is unlike anything that has come before. It’s completely green and energy-efficient, and it could easily help us become less dependent on fossil fuels. as if all this isn’t impressive enough, it is an energy source that doesn’t need to be stored.

If there were no need to store renewable energy, there would be no need to depend on costly and inefficient battery technology. The science underlying batteries is rapidly evolving, and there may come a day in human history when storing an infinite quantity of power will seem like child’s play. In the meanwhile, a 2015 discovery propels mankind toward a future in which the use of fossil fuels will no longer be essential. Despite the fact that scientists in Japan and Canada independently discovered that neutrinos had mass a few years ago, the landscape of energy research has already been changed.

See also  Photovoltaics: The Past, Present, and Neutrinovoltaics

Even though it may seem like something from a science fiction book, the technology required to collect kinetic energy in the form of neutrinos and other kinds of non-visible radiations and convert it to electricity has already been established. Under controlled laboratory circumstances, the concept’s viability has been shown; the only remaining difficulty is to produce the amazing neutrinovoltaic technology developed by the renowned Neutrino Energy Group suitable for general use. Since the bombardment of Earth by neutrinos is continuous, it is not necessary to store the energy produced by neutrinos and other kinds of non-visible radiations. While the quantity of electrical energy collected from neutrinos and other non-visible radiations remains limited, the power of neutrinovoltaic technology is increasing at the same rate as the energy-efficiency of electronic gadgets, mobile phones, and even huge machines.

Neutrinovoltaic is the foundation stone of the energy shift

Neutrinovoltaic technology offers the potential to alleviate the burden of renewable energy sources that rely on storage, even on a small scale. Even if neutrino energy satisfies just 10 percent of a renewable power grid’s entire energy demands, it still eliminates the need to store 10 percent of that system’s electricity in batteries.

Decentralization is the essence of neutronovoltaic technology’s attractiveness. While power from fossil fuels can only be produced in metropolitan areas and most households lack solar panels or wind turbines, neutrinovoltaic devices are tiny enough to be integrated directly into mobile phones, appliances, automobiles, and other energy-consuming equipment, therefore making it unnecessary to squander power by transporting it across the city.

Neutrino energy can be continuously created even when the sun is not shining and there is no breeze. Due to the fact that neutrinos flow through almost all manmade and natural substances with little resistance, neutrinovoltaic systems may be deployed inside, outdoors, and even underwater, making them very versatile. Neutrinos continue to travel to Earth regardless of the climate, making neutrinovoltaic technology the first completely sustainable energy innovation in human history.

Holger Thorsten Schubart, a pioneering mathematician and energy scientist, founded Neutrino Energy Group, which has positioned itself at the forefront of the development of sustainable energy solutions for the future. A company that began as a collaboration between enterprises in the United States and Germany, but it has since grown into a much larger organization that now includes businesses and scientists from all over the world. This exceptional alliance has transcended international boundaries in its quest for energy solutions for the benefit of all humanity.