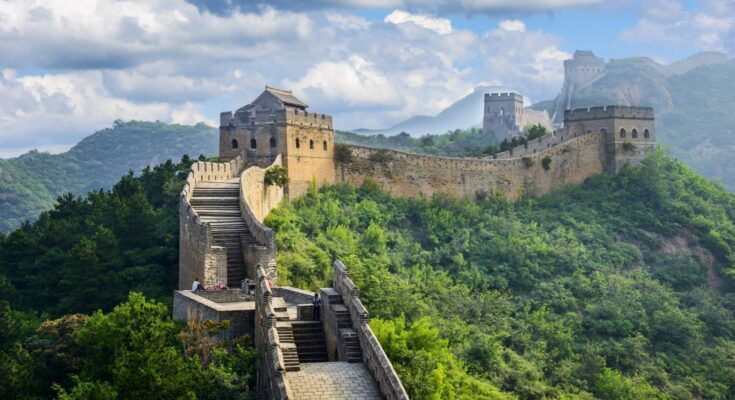 One year after a historic agreement to “scale down” coal emissions, the recently concluded COP27 international climate change meeting in Sharm El Sheik gave world leaders, experts, and activists the chance to pause and reflect. There is already cause for worry: According to a report released in November 2022 by the International Energy Agency, if nothing is done, emissions from already operational coal assets will cause global temperatures to rise above the 1.5 degree Celsius threshold that scientists and world leaders determined to be necessary for a safe climate under the 2015 Paris Agreement and the 2021 Glasgow Compact. China burns more coal than any other country in the world, so any discussion of a phasedown of coal depends on how well it can reduce its reliance on fossil fuels. China has set lofty goals for reducing emissions over the coming decades, but political officials are still concerned that phasing out coal power too quickly could harm the nation’s energy security and economic expansion.

This summer, China’s power system was seriously strained by an unprecedented heat wave and a severe drought. High temperatures caused power demand to rise much faster than anticipated, and drought-like conditions in traditionally water-rich areas like the southwest province of Sichuan reduced the output of hydroelectric dams, leading to significant power outages. Extreme weather-related grid resilience challenges are not exclusive to China. A winter storm in Texas in 2021 destroyed transmission lines and gas infrastructure, cutting out electricity for millions of people and causing hundreds of fatalities. As temperatures rose this summer, the water used to cool reactors overheated, forcing some French nuclear power plants to restrict output.

The good news is that China can reduce its reliance on coal power, improve its energy security, and address current grid reliability difficulties all at once. Its top-tier renewable resources and readiness to invest in a more up-to-date, resilient system are the answer. China could more than double its share of carbon-free electricity production to 80% by 2035, according to a recent study by myself and my colleagues at the Berkeley Lab, Energy Innovation, and the University of California, Berkeley. This could be done while reducing power generation costs without compromising reliability. The Chinese people’s health would significantly improve as a result of this transformation, which would also increase economic growth, decrease air pollution, temper energy price volatility, and reduce air pollution.

As of 2021, China will have added more wind, solar, and offshore wind capacity than any other nation, making it the global leader in wind and solar development. Even yet, there is still a tremendous amount of room for growth. China has enough wind and solar potential to meet its country’s electricity demands around 13 times over, according to a 2020 analysis by its National Climate Center. About 1% of the nation’s technical potential was represented by installed solar and wind capacity in that year.

Far from the industrialized coast, much of this potential is concentrated in western and northern China. But because China has significant offshore wind resources, this new growth region for offshore wind is extremely interesting. The fact that these resources are virtually always accessible and close to the nation’s coastal economic hubs is crucial. Some estimates place their value at 2,000 gigawatts, or roughly twice as much as the energy generated by China’s current coal power plants. According to the Berkeley study, there is no cost premium for a quick switch to clean energy as the cost of solar and wind energy declines. In reality, spending in renewable energy sources might reduce the price of electricity by around 6% while generating new jobs.

China manufactures almost 75 percent of the world’s solar panels and wind turbines, and it has the capacity to scale up the production of renewable energy sources and the corresponding grid infrastructure. A significant investment would be needed to create a modern, more durable power infrastructure, which may provide the Chinese economy the much-needed boost it needs as it struggles to recover from the “zero-COVID” policy of the previous three years. According to our analysis, increased solar and wind growth might lead to the creation of 1.2 million employment and a 55% reduction in early fatalities from air pollution. Similar to this, the IEA discovered that shifting to a net zero energy system may increase the world GDP by 4% compared to present trends by 2030.

A key component of China’s electricity mix is coal. When wind and solar power are insufficient, it aids in meeting peak demand. As China’s transition to low-cost renewable energy picks up speed, existing coal plants will continue to be essential for maintaining grid resilience, though their operations will shift from constant to intermittent supply. When combined with China’s substantial hydro and nuclear resources, coal plants can fill in the peaks and troughs of wind and solar energy production. A cleaner, more affordable grid is the consequence because the cost of wind and solar energy is already lower than the cost of operating the majority of coal plants.

This is demonstrated by the Berkeley study without compromising reliability. No power shortages were discovered when we ran simulations of a grid that was 80% carbon-free under 35 years of weather. Coal, hydro, gas, and nuclear power plants, combined with modern battery technology, were sufficient to make up for solar and wind inconsistencies even in the absence of any more coal power plants. China should concentrate on doing what it does best: accelerating the deployment of its domestic renewable resources to boost its own economic growth and enhance air quality. As COP27 delegates debate how quickly to shift away from fossil fuels. Not only will this improve China’s energy mix, but it will also put Chinese businesses at the forefront of the world’s clean energy revolution.