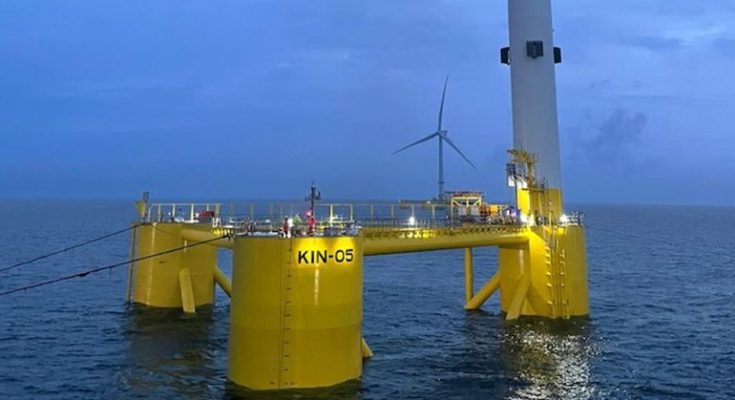 First Subsea said the work was completed on the Vestas V174-9.5MW machine at the weekend [Image: First Subsea]

The fifth and final floating turbine has been connected to its moorings at the 48MW second phase of the Kincardine floating offshore wind farm off the coast of Aberdeen in Scotland.

First Subsea said the work was completed on the Vestas V174-9.5MW machine at the weekend.

The contractor said it would be back at the project later in the summer to assist with the connection of the cable protection system for the dynamic cables.
Kincardine is being developed by the Cobra Group and is set to be the largest floating wind farm in the world by nameplate capacity when fully operational.