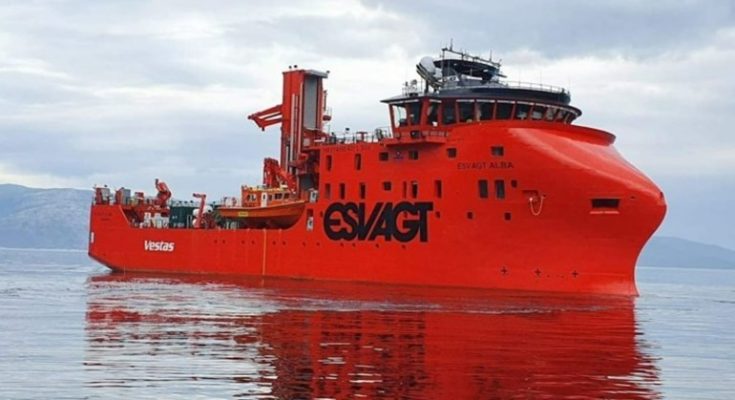 Danish contractor Esvagt’s has delivered its newbuild service operations vessel (SOV) to Scottish waters ahead of its work on the Moray East wind farm.

The Esvagt Alba, built for Vestas, will be the base for operations and maintenance on the project, 22km off the coast in the Moray Firth.

It will undergo final marine surveys following its arrival at Fraserburgh Harbour, Aberdeenshire, before commencing its duties, the company said.
The Esvagt Alba is the second of three purpose-built SOVs that the company has built for Denmark’s Vestas.

Its sister vessel, Esvagt Schelde, is in service at the Borssele 3 and 4 and Northwester 2 offshore wind farms in Dutch and Belgian waters, respectively, both working from the base port in Oostende.

He added: “After half a year in the wind farms, all feedback on the Esvagt Schelde’ has been positive and the adjustments we have made between the two sister vessels have been limited to minor improvements to the interior design.”