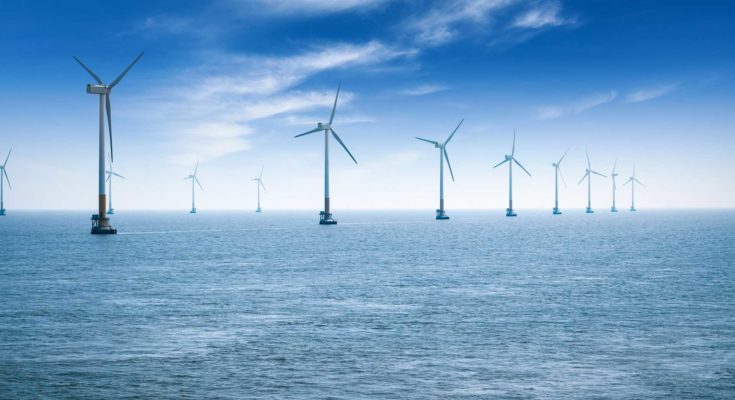 The 271-metre-high wind turbine in Thy can power 18,000 homes, but it will be surpassed by competitors by the end of this year. Denmark, one of the world’s acknowledged pioneers in wind power, has unveiled the world’s largest wind turbine.

The turbine, which measures 271.4 meters from the ground to the top wingtip, rises towering at the national test center in Østerild in Thy. It is also the highest free-standing structure in Denmark.

“This is the result of a few years of labor by a team of hundreds of individuals for us.” “It’s a terrific pleasure to be here today and see that we’re producing power,” said Jens Mldrup of Siemens Gamesa, the company that put the massive mill into action.

When the turbine’s 108-meter-long wings are spinning at maximum speed, it can power 18,000 ordinary European houses at the same time. Even at low wind speeds, the turbine would charge a Tesla Model 3 in three rotations, according to the maker. Size counts when it comes to wind turbines, especially those installed at sea.

“The larger the individual wind turbine, the fewer turbines may be used.” As a result, the project’s economics will improve,” said Sydbank wind turbine expert Jacob Pedersen.

Many nations are building wind farms to help with the so-called Green shift. According to a research by the Global Wind Energy Council (GWEC), during the next 10 years, 235 gigatonne offshore wind turbines will be erected globally – equivalent to more than 15,000 Østerild record mills.

For some years, Siemens Gamesa has been a clear leader in the global market for offshore wind turbines, with a market share of over 60%. However, Vestas, its major competitor, is now seeking for a piece of the pie and has revealed intentions to create a bigger turbine.

“Yes, we have developed the world’s largest turbine, which will be installed next year and will be the largest at the moment,” said Tommy Rahbek Nielsen, production director at Vestas.

The coming battle between two big manufacturers, however, has sparked skepticism, as creating larger turbines is considered as an expensive and hazardous business.

“It’s an arms race to see who can build the biggest wind turbine.” And the arms competition has definitely siphoned money away from wind turbine producers, making it harder to make a profit in this market,” Sydbank’s Jacob Pedersen said.

Denmark is often regarded as a world pioneer in the utilization of wind energy. Wind and solar power more than half of Denmark’s electricity now, and the goal is to expand their proportion to 84% by 2035.