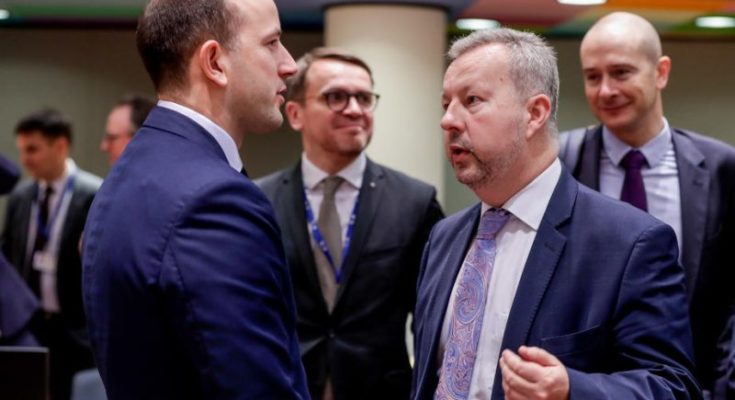 Brabec also said he supports the new 40% target for the share of renewables in the EU’s energy mix. [EPA-EFE/STEPHANIE LECOCQ]

“It must not happen that Europe will take some very costly measures affecting the lives of millions of people, while this will not bring a major global effect because this will be produced elsewhere with higher emissions,” Brabec said.

Brabec also said he supports the new 40% target for the share of renewables in the EU’s energy mix. However, Czechia will insist on proper impact analysis of new legislative proposals.

“This has often failed to happen on the level of membership countries, although it was promised. We will certainly want this,” the environment minister assured.

On Saturday, Brabec met with European Commission Vice-President Frans Timmermans to discuss the Fit for 55 package and visit the country’s coal-mining region.