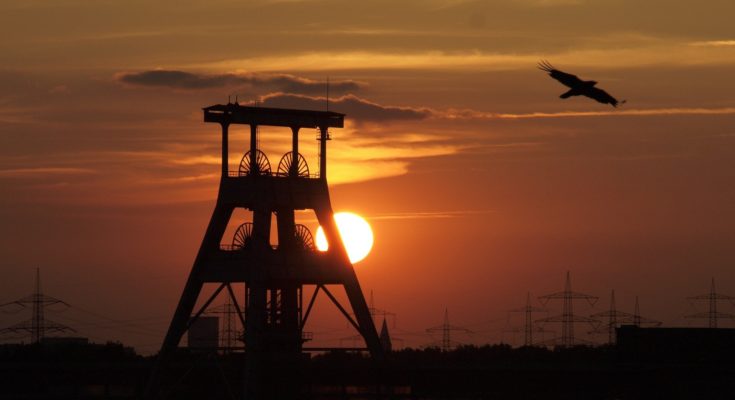 At climate meetings in Glasgow, Scotland, coal and money collide as a mix of private- and public-sector funding solutions are announced to help put an end to the world’s most polluting fossil fuel.

The funds will be used to close coal-fired power facilities, assist coal-dependent communities in making the transition to cleaner energy, and spur investment in renewable energy.

“The narrative has always been about how economics are shifting and how renewable energy is becoming more competitive.” “The fundamental difficulty is that most of these coal plants are operating in areas where there isn’t much competition,” said Tyeler Matsuo, a senior associate at RMI, an energy systems think tank.

“These sorts of finance tools remove these structural and contractual hurdles to coal phaseouts in order to speed the coal transition internationally,” she added.

The Asian Development Bank’s Energy Transition Mechanism (ETM), a partnership aimed at accelerating the retirement of coal power plants in Southeast Asia through a dual-track fund that would help shutter old coal plants while encouraging clean energy investments, is one of the initiatives being launched today. It will begin with experimental plants in the Philippines and Indonesia, both of which rely heavily on coal for electricity generation. Over the following 10 to 15 years, once the project is fully operational, the objective is to retire half of the coal fleet in those countries.

“We need to show with the ETM that we can do this, and we can do it in a way that is cost-effective, manages all the just transition elements, and doesn’t disrupt the secure power supply so they can continue to grow their economies,” said David Elzinga, a senior energy specialist at the ADB’s Manila office.

However, such attempts are not without their difficulties. RMI published a research today that evaluated a variety of financial systems. Blended financing techniques, such as the Energy Transition Mechanism, and other concepts, such as compensating coal plant owners for early closures by monetizing the benefits of carbon reductions, are among them. While such programs have promise, they also bring hazards, according to the study. One of them is ensuring that coal plant owners do not receive excessive profits. Another concern is ensuring that public funds are spent wisely.

According to a Sierra Club analysis, retirement arrangements must be purposefully structured to prioritize fairness and effect. “To avoid ineffective or inequitable outcomes, this necessitates both clear policies and inclusive and open processes for debating solutions and outlining overarching objectives,” it noted. They’re important since Asia’s energy demand is expected to treble by 2030, and its coal facilities are much younger than those in more developed nations. Coal plants in Asia have been operational for an average of 13 years, compared to 40 years or more in the United States, according to the International Energy Agency. According to Joe Thwaites, a climate finance expert at the World Resources Institute, “there are major questions to be answered.” “However, expediting coal retirement is a critical aspect of the solution.”

At the climate meetings known as COP 26, further statements regarding cutting fossil fuel financing are on the table. According to a report issued this morning, private money worth $130 trillion is ready to assist decarbonize the world over the next 30 years. According to the Glasgow Financial Alliance for Net Zero, some 450 banks and other financial institutions are quickly expanding their pledges to shift the global economy away from fossil fuels.

The group also revealed that billionaire climate campaigner Michael Bloomberg will co-chair the initiative with Mark Carney, a former central banker who launched the Glasgow Financial Alliance for Net Zero in April. The co-chairs stated, “Ramping up adoption of clean energy and other sustainable infrastructure quickly enough to avert the worst consequences of climate change would need billions of dollars in fresh investment — possibly in the range of $100 trillion.” “The vast majority of money will have to come from the private sector, especially given the pandemic’s massive toll on government resources.”

Template: The treaty with South Africa

The UK, France, Germany, the US, and the European Union said yesterday that they will pool $8.5 billion over the next three to five years to help South Africa convert its coal-dependent economy to renewable energy and transportation.

According to a statement from the UK government, the cooperation is estimated to avert up to 1.5 metric gigatons of carbon emissions over the next 20 years. It claimed that details on how the strategy will work will be disclosed in the coming months.

It might serve as a “template” for coal phaseouts in other nations, according to European Commission President Ursula von der Leyen. Because of its strong reliance on coal, South Africa is the greatest emitter on the fast-growing African continent. It raised its 2030 emissions reduction target in September to align with longer-term aspirations to attain net zero by 2050. Delegates from the nations participating in yesterday’s statement traveled to South Africa in the same month to begin negotiating the accord.

According to the International Energy Agency, coal will need to be phased out globally by 2040 if the world is to stay under the Paris climate agreement’s 1.5-degree limit.

“Without a focus on phasing out coal, we won’t be able to reach the [goals] of the Paris Agreement and meet our climate goals.” “Focusing on renewable energy capacity isn’t enough,” said Mafalda Duarte, CEO of the Climate Investment Funds. “And it’s a mammoth task because we have to phase down 100 gigawatts of coal per year… until 2040.” Every day, that’s like a coal power plant.”

On Thursday, the Climate Investment Funds, a $10.5 billion multinational development institution, will announce financing for four countries as part of its Accelerating Coal Transition Investment Program, including up to $500 million for South Africa. By the End of this year, the world’s 20 major economies have announced they will stop funding international coal projects, and a rising number of financial institutions have abandoned coal as well. However, they have been more hesitant to commit to an end to fossil fuel finance in general.

As the climate negotiations approach their fourth day, more private sector statements are expected. There are also unresolved difficulties and money that has to be made up.

“This COP is dealing with the greatest finance agenda that the intergovernmental process has ever dealt with,” said Lorena González, a senior associate at the World Resources Institute who specializes in UN climate financing. And there are a lot of factors that make this a “financial COP,” she added.