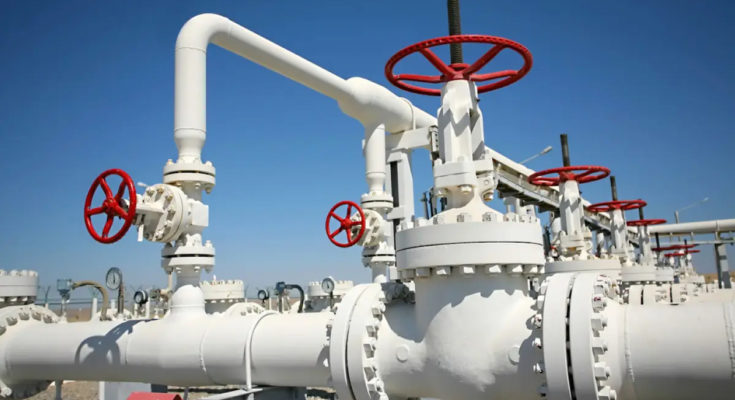 As a result of Russia’s restrictions to the continent’s gas supply, power prices in Europe have hit their highest continuous level on record and threaten to inflict permanent damage to business and families.

On Monday, the benchmark European price of German baseload electricity for delivery in the next year rose 13% to €325 per megawatt hour, breaking the old record made in December. Since the beginning of the year, the corresponding contract in France has risen to €366 per megawatt hour.

The cost of gas, which is used to create electricity, has a significant impact on power costs. As a result of Moscow’s intensification of gas supply restrictions to Europe, gas prices in Europe have risen to their highest level in four months and have more than doubled since this time last year.

The closure of three oil and gasfields by Norway’s Equinor on Monday due to a walkout by employees has added pressure on the European gas market as countries scramble to increase storage ahead of winter.

The strikes will disrupt the production of 89,000 barrels of oil equivalent per day at Gudrun, Oseberg South, and Oseberg East, which includes 27,500 barrels of oil equivalent (boe) per day of natural gas, and the trade union is threatening additional disruptive action in the coming days, which would affect an additional 333,000 boe per day, of which 264,000 boe per day is natural gas.

The interruption occurs at a time when the remainder of Europe has turned to its regular second-largest gas supplier to fill the void left by Moscow’s suspension of gas exports to the continent. Tuesday saw a 3% increase in European gas prices based on the benchmark front-month futures contract related to the TTF. That is four times more than a year ago.

In addition, the situation is aggravated by maintenance issues at a big number of nuclear sites in France. Fearing future reductions in Russian shipments, neighbouring nations are using greater gas to create energy for France at a time when the continent is generally attempting to save supplies for the winter. The head of commissioned projects at the research business Aurora Energy, Hanns Koenig, said that no one in Germany had anticipated this scenario even a year ago.

Germany exported nearly 600,000 MWh of net power to France in June, compared to 300,000 MWh imported from its neighbour the previous year, according to statistics from the Federal Network Agency of Germany. Additionally, the United Kingdom exports around 10% of its daily domestic power needs to France.

William Peck, power market analyst, said that the increase in electricity costs was a result of traders’ more pessimistic forecasts that severely constrained gas supplies would continue for at least another year. “Gas underinvested in new production infrastructure during the Covid period, and demand returned faster than anticipated.” Since a year ago, prices have been climbing,” he added. The conflict between Russia and Ukraine accelerated everything.

The suspension of the Nord Stream 1 pipeline between Russia and Germany on July 11 for planned maintenance is exacerbating concerns about gas supply. Moscow claims sanctions have led to a decrease in flows because key compressor parts are stuck in Canada, but European politicians view this as a pretext for cutting supplies and are concerned that flows will not even return to the pipeline’s current 40 percent capacity once the pipeline is operational again.

Germany intends to bring back up to 10GW of coal-fired power output, but economists warn record-high coal prices may limit the market’s relief. “As if these two factors weren’t enough, you also have the historically low nuclear availability in France,” added Mr. Koenig.

Last month, Berlin implemented the second level of its three-tiered emergency plan. The third stage would necessitate gas rationing for industrial and residential users. Last weekend, a local government official in Hamburg warned that hot water rationing may be necessary this winter if the gas shortage grows severe.

Already, there are indications that the high electricity costs are reducing demand. Mr. Peck said that the German power consumption has decreased by 5% over the last four months compared to the same period of the previous year, mostly due to industrial customers reducing their activities.

European zinc and aluminum smelters are under considerable strain due to increasing energy costs and dropping pricing. Chris Heron, head of public relations at Eurometaux, the European metals group, said that the industry has been “on its knees” since September of last year and that “additional plant closures are a serious risk if electricity costs remain so high.”

It is not clear for how much longer we will have to endure this energy crisis; however, it is safe to say that the time and effort invested in renewable energy sources by a large number of highly motivated and creative energy experts and scientists from all over the world in order to make the renewable energy future a reality will not go unnoticed.

Neutrinovoltaic – The Energy and Technology of the Coming Decades

Neutrino Energy‘s potential is limitless; for instance, neutrinovoltaic cells do not encounter the same hurdles as other renewable energy sources in terms of efficiency and reliability. Continuous neutrino energy production is possible even when the sun isn’t shining and the wind isn’t blowing. This is a huge advantage, since it allows the technology to produce power continuously, 24/7, throughout the whole year. Due to the fact that neutrinos pass through almost all man-made and natural materials with little resistance, neutrinovoltaic devices may be deployed both inside and outdoors, as well as underwater. Neutrinos continue to bombard the Earth independent of climatic circumstances, making neutrinovoltaic technology humanity’s first fully sustainable energy innovation.

However, the energy sector isn’t the only one profiting from neutrinos’ limitless potential; the electro-mobility business also benefits greatly from them. While the bulk of electric vehicle users still get their power from a wall outlet, we get ours from the environment. No one has been interested in this kind of energy until now since the internal combustion engine was not intended for it, but for an electric automobile, the ambient energy is like a constant fuel pump, an unlimited cosmic ray surge from the sun, light, neutrinos, and other invisible radiation.

Neutrino Energy is truly the power of the future, and it is all thanks to Neutrino Energy Group’s efforts and its impressive neutrinovoltaic Technology. Humanity now has a long-awaited and trustworthy solution to the current energy crisis. Due to their hard work, more substantial changes will take place, and hopefully others will follow in their footsteps, and we will live in a better and more environmentally friendly world in the years to come.