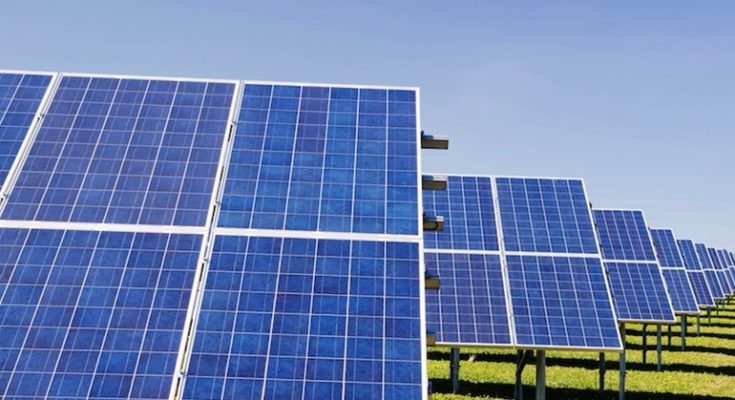 Hecate Energy’s project, if allowed by ORES, would be one of the state’s largest.

Cider Solar Farm would be the largest solar project allowed and built in the state of New York if it is approved by ORES.

It is the first time ORES has judged a renewable energy application complete after accepting the Cider Solar Farm application.

Harrison Luna, project developer at Cider Solar Farm: “This is the first 94-c proposal to be approved by ORES, marking an important step forward for renewable energy in New York.

“The state’s dedication to sustainable power is reflected in the creation of ORES and the 94-c permit process, and we’re lucky to be able to use it to deliver clean, locally generated electricity to Genesee County.

“We are delighted by both ORES’ transparency and the comprehensiveness of the licensing process, and we feel this project will be an exceptional contribution to New York State’s future generation of sustainable power supply.”

It consisted of six bound volumes and about 96,000 pages of thorough data analysis from studies evaluating the planned project’s impact on the host communities.

Environmental, cultural, land use, and socioeconomic problems such as wetlands and streams, wildlife habitat, neighboring traffic patterns, cultural resources, noise and vibrations, visual effects from nearby places, site security, and other possible concerns were all investigated through surveys.

Cider Solar Farm, if permitted by ORES, would be developed on almost 3,000 acres in the Genesee County municipalities of Elba and Oakfield.

It will be capable of supplying 920,000 MWh of renewable electricity per year, enough to power over 120,000 typical New York households, and will provide over 500 construction jobs.

Luna said, ” “People have been talking about bringing economic growth to upstate New York for years.

“This achievement serves as a strong signal to other developers contemplating bringing their money, employment, and sustainable energy projects to the area.

“The New York State Legislature, Governor Andrew M. Cuomo, and ORES are to be praised for seeing this through. We are now bringing long-term, sustainable economic growth to the upstate region, thanks to the renewable energy industry.”